Outgoing US presidents customarily leave for the new president a short letter of informal advice in the top drawer of their desk.

George HW Bush wrote a letter to Bill Clinton that became especially famous because of its grace and tone.

Because I know that Trump hasn't conceded as of writing — and probably won't — nor even written a concession speech, I'm doing him one favour during his term of helping him write a hand-off letter to Joe Biden.

(All of the quotes below are adapted from things Trump has said. Although most of my sources are "fake news" outlets, other than the White House briefing room, which is a propaganda pulpit.)

When I walked into this office just now I felt the same sense of surprise that I felt four years ago, realising that people loved me even more than I thought they did. I know you won’t feel that way because nobody voted for you, you are so old that you're practically dead – no I'll go further – you are dead.

I'd genuinely be surprised if you read this, considering I'm not sure you exist. You came out of nowhere. I mean, the people who went to school with you never saw you and don't know who you are. It's crazy.

I want to offer you some kind advice. Although if I get any kinder or gentler, I'm afraid I'm literally going to cease to exist.

I never felt the loneliness some presidents have described. I was the best, greatest president there ever was. I was unbelievable.

But there will be very tough times, made even more difficult by criticism you may not think is fair, from scientists and experts, and also especially from me. Because if I were president, and I am, then I'll claim any thing you do wrong won't have happened with me as president, which I will be.

And what do those scientists and experts know. Those losers and haters should have accepted that my I.Q. is one of the highest – and you all know it!

One thing is that you should take care of China, just like I have. By the way, I have great respect for China. And we have a reciprocal relationship, maybe even better than reciprocal. But they invented the concept of global warming to make US manufacturing non-competitive, just like they invented the China virus. We need a bit of global warming – it's freezing in New York. But you know what, China, you m-----f-----s, we're going to tax you 25 per cent!

Be as phenomenal a president as I was phenomenal to the women. Don't feel stupid or insecure. It's not your fault.

I mean, there's nobody who knows more about being a president than I do. Nobody! Honestly, and I mean this with sincerity, I am the greatest president possibly since Abraham Lincoln.

I'm sorry, I think I'm intelligent... very, very, very intelligent. But I think I am actually humble. I'm much more humble than you would understand.

I leave in your hands a great nation. Look at how great America is now. Maybe a quarter million people have died from the China virus, but look at how many people haven't died — literally hundreds of millions of people. It really makes you ask two things. Number one, why didn't they die? And number two, I did a good job.

See you never, as looks like we won't be going to the Supreme Court.

PS. Please finish the wall, I built 15 new miles in my four one-year term but then I got distracted by a nasty fly. 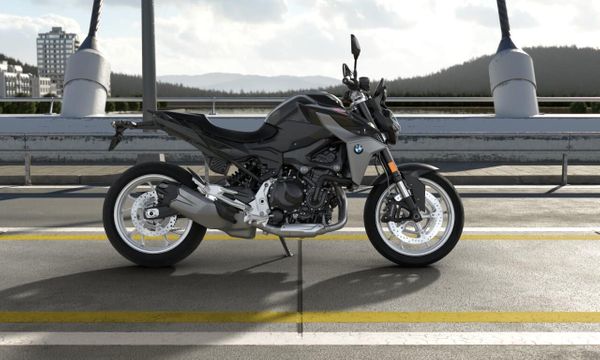 The BMW F 900 R in Australia — only one version, and not every option available in Europe and the US is standard.

How to make Tables in Google Sheets that work like tables in Microsoft Excel — look great, easy to filter, and easy to query.