As a plucky young suit, I was told that emails must be brief, efficient and infrequent in order to reach their target audience, the executive who is busy and hates email.

This is wrong! It's over-simplified and misguided. The target audience is, in fact, busy (yes), in pain and in need of help (and entertainment). It's you. You're here, right? You're in pain from terrible emails, and you're bored!

Emails must be as long and as frequent as necessary to get the message across.

But what does this imply for you? Think about why you're writing any words at all.

Your first aim is to be read.

Your second aim is to inspire action.

Note: This is a guide for emails that you elect to write, to persuade someone to act. I'm not talking about routine updates.

Who am I to write this?

I'm not a copywriting guru. I am a constant student, but like to teach what I have learned.

In my last job, I managed a large optional email list that people asked to join. I had massive open rates (91%) and compliments (and occasional constructive feedback) on my writing.

This isn't some lame brag. It's just email. But that's my point: it's work email, and I made it work for me.

Here's how you can do it.

Remember, there's only one reason you're writing: to ask for action. Some of it is non-immediate, but it's action anyway. The action might even just be for the audience to say "OK fine. I agree." This is fine.

The action also doesn't have to be something immediate, it might be educational (like "next time you see this situation, please do this").

With this goal of action in mind, you can decide on many things, including a headline, copy length, style, content, tone, target audience and so on. But here, let's look at copy length and style.

Decide on how far your audience needs to be brought along

Often people think that if a sensitive subject means an email longer than a few sentences, this means they should organize a meeting. This is, again, misguided, and may be a waste of time and delay communicating the essential. (Meetings are usually a waste of time.)

For example, say you're explaining that the company will be changing from Gmail to Outlook. This would be annoying to a lot of people. Teeth will gnash! You wouldn't do it it one sentence, unless you're cruel.

Instead, put yourself in the recipient's shoes. What do they need to know? What is irrelevant? What's the best way you can let them know and keep their attention and hopefully employment?

Your goal is to answer every latent question, leaving minimal chance for follow-ups, but to do so as efficiently as possible. This is going to mean research and digging to address your audience's pains, but it'll save time and help you serve them better.

Write relevant content, and make it as long as it needs to be (but no longer)

Every sentence in an email has one of two goals: 1. encourage the reader to read the next sentence, or 2. prompt action. Every sentence that doesn't fit one of these two goals should be deleted.

You can be entertaining, tell stories, and tell anecdotes, but every sentence must meet one of those two goals or meet the knife.

In advertising, the purpose of an ad is sometimes to increase unaided brand awareness (e.g. the series by Old Spice, "The Man Your Man could Smell Like"). But there are better places than work emails for you to do this.

Oh, God, there are so many ways, and most of them aren't inserting GIFs (kind of an art form, frankly, and not one I've mastered).

As David Nihill said in "Do You Talk Funny?", the bar for business entertainment is so abominably low that it doesn't take much to get a chuckle. Do that. Do that not much and get a chuckle.

Here are few of my favourite entertainment devices to keep people reading.

(You noticed this line particularly, didn't you?)

Make sure you're being balanced. You only write entertaining prose/style to encourage the reader to keep reading. If it gets too windy, cut it down. But leave at least SOMETHING in there. I sometimes have readers complain I 'tricked' them into reading an entire email which had no jokes in it, because previous ones had jokes.

Ask for only one action

Ask for just one action. Ask to respond to a survey or give feedback on a document. Everything in the email should lead to that point.

Avoid alternatives like "Can you let me know what you think? Alternatively we can set up some time to discuss it." If there's an alternative you prefer less, follow-up with that suggestion.

Simplify every sentence. Cut out every extra word and syllable.

Can you say the following three things in one syllable each?

Answers: needs, and, and check.

It's OK to have brief, or even single-word sentences. Which leads me to my next point...

I don't care about the precise correct use of em dashes, commas, capitalization, American/British spelling (or that hybrid bastard, Australian), the proper use of italics, bold facing or anything. Don't even try to tell me what you think the correct plural of octopus is. I seriously don't care.

I care about two things: 1. Are you still reading? 2. Will you act?

Don't hesitate for a second to add emphasis where needed. Nor should you overdo it (it can seem aggressive and sometimes patronizing). I'm not saying that at all.

I just mean don't feel you need to conform to any rules but those that maximise readership and action. The only rules you should stick to are ones that serve your purpose.

So some rules ARE good, like minimizing font variations (two fonts, a couple of sizes per document), so as not to freak out the reader. Come up with your own, and test, test, test.

PS it's "octopuses". Oh, are we speaking Latin? Do you know Latin? Again, who cares?

Artists start out by learning to imitate the work of great artists. Musicians play other people's music to learn. Advertisers keep 'swipe' files to literally swipe the structure and ideas from other great advertisers (here's a resource I love).

Every time you come across a well-written message - letter, speech, email — keep it for later, and copy the style. It'll make you better.

Hope this was helpful! If so, maybe send me a note to say "thanks". 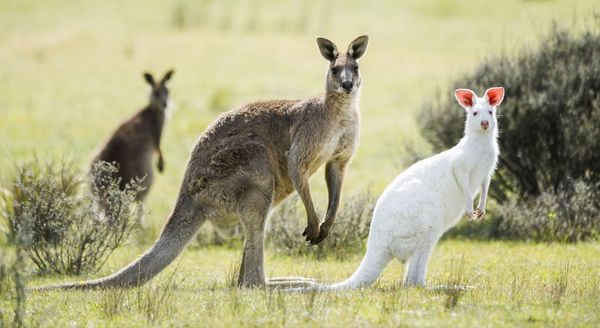 The Professional's Australian Aussie Glossary. Everything I learned was Australian (sometimes british) when working at Lyft. 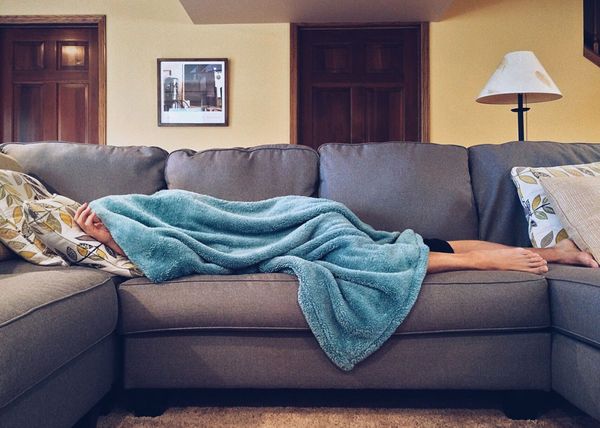 How to prevent barista and cafe hire no-call no-shows, or at least how to manage and then deal with the aftermath.