I love comedy. I mean, who doesn't?

But I also love to analyse the science of comedy: the structure of a great joke or even a meta joke.

The most wonderful thing about comedy — like any great passion of mine in life — is that once you analyse it at a meta level it becomes philosophical, and lessons start to apply to other parts of life.

So that's why you can learn something from great comedy and apply it to modern copywriting and business.

To write this, I've gone and picked the best lessons from writing jokes I've ever learned, found examples, and tried to relate them to business and life.

Tell your best joke first, and your second-best joke last.

"As a comedian, you have to start the show strong and end the show strong. Those are the two key elements. You can't be like pancakes... all exciting at first, but then by the end, you're fucking sick of 'em." - Mitch Hedberg

When a comedian writes a set, they tell their best joke first. They have to get a big laugh from their crowd, to set the stage for the rest of the jokes to come. "I'm funny! Expect more of this!" It makes the rest of the set go easier.

Comedians also know that a crowd will want to leave on a high note, to remember that the comedian is funny. So the second most important joke is the last one.

In the same way, when writing copy, start strong and finish strong.

Start by empathising with your reader, and telling a story about them. Lead with a great title and first paragraph that conveys your entire message and leaves the reader wanting more. End by asking them to do something — buy, subscribe or whatever.

When giving a presentation to your company, or writing an email, give the best bit away in the beginning. Then draw the reader on, and finally give them something nearly as satisfying at the end.

In this way, you'll have everyone's attention for the whole period.

Comedians ruthlessly edit down sets until there are no more flat jokes in there.

This is an acquired skill. When editing down their first sets, it can feel like "abandoning their children", as one comedian put it (I forget who). But as time goes on you realise that a punchy set full of strong jokes that's only five minutes long is much more powerful than forty five minutes of drawn-out drivel.

Put another way: write only as much as you need to, and nothing more.

In copy, be concise. Don't use any words, phrases or sections that you don't need to convey an idea or to encourage action.

To do this, you have to keep reading and re-reading what you've written. Where are all the extra paragraphs and then words that you can remove and keep the meaning intact and unambiguous? Keep doing this — to the point of diminishing returns.

Focus a sentence with the most important words.

When you're telling a joke, you want the punch line to land well. It can make the difference between a joke and a boring sentence.

For example, take these jokes:

The key word in Seinfeld's joke is "pillow". In the second it's "dyslexic". These words catch you by surprise, because the set-up was leading you to have a positive thought, and you end up thinking of a learning disorder.

If you changed that the sentence order to "Dyslexia would really change how you understand the phrase 'When life gives you melons'", it falls flat. You've set up the listener with the word "dyslexia" and they're no longer are as surprised by the outcome, and they hear "melons" and think hey wait, what did you say? Then you have to repeat yourself, and the joke is over.

In copywriting, you use this exact same principle all the time. If you want to draw attention to the most important idea, you have to use an engaging sentence structure that draws attention to a few words.

There are actually two ways of writing any sentence: key idea up front, and key idea at the end. It depends on whether you're writing inductively or deductively.

In these two cases, "ban mobile phones" and "tobacco should be taxed" are the focus phrases, and are placed in the right part of the sentence for appropriate emphasis.

Write about your audience

Jokes aren't about the comedian: they're about the audience. The ones that land the best are the ones with which the audience empathise.

That said, you still talk about yourself — just in a situation that the audience relates to. The more embarrassing the situation, the better. Because it's safe when we're laughing at the presenter. But it rings true, and gives us permission to laugh at ourselves.

Nobody can remember boring presentations that are just sequences of numbers. But when we can connect with a story we tend to remember every detail. This is why great presentations tell stories about people, and cite them as examples of either problems to address or things that went well. Most importantly, those have to be people that the audience cares about.

Great copywriting doesn't feel like an ad or a pitch — it feels like a letter addressed directly to you.

One famous example is Gary Halbert's letter selling some analysis of a coat of arms with anyone with a Scottish name.

The first part of the letter reads:

Did you know that your family name was recorded with a coat-of-arms in ancient heraldic archives more than seven centuries ago?

My husband and I discovered this... (and so on)

It's so personal. It's addressed to someone by name, and talks about their name. The reader can't help but follow with intrigue.

Use Structures: Embrace the rule of three, and alliterate

Comedians often use simple structures to help people understand a joke easily. The "Rule of Three" is an old structure that has worked forever, and alliteration in a sentence makes it pleasing to the ear.

"Life is full of misery, loneliness, and suffering - and it's all over much too soon." - Woody Allen

Alliteration is another tool comedians use to make light jokes. Literally alliteration is words that have common letters, usually at the beginning, but they can also be mixed up in a joke.

And here's a joke that's both alliterative and is in the rule of three:

“All I need to make a comedy is a park, a policeman and a pretty girl.” - Charlie Chaplin.

In copywriting or any business writing, structures help the audience understand the topic immensely.

Remember Steve Jobs' famous presentation about what the iPhone is:

This example is pertinent because the iPhone could have been described as many more things: a messaging device, a video player, note taker, camera (side note: did it have one? I think it did...), or many more things, but he would have lost the effect. So he picked three things that captured it all.

Have a Strong Opinion

In comedy, nothing is off limits. A comedian has an audience and can say anything they want. Not everyone will agree, but those who do become the most loyal fans.

Comedians have nearly always had a personal agenda that they let come through in their material. Jon Stewart was a fierce critic of the Trump administration. In fact, the entire Saturday Night Live crowd has always had a strong liberal bias. Back in the early 20th century, Charlie Chaplin's film The Great Dictator was a thinly-veiled satire about the Nazi administration in Germany.

In business and academic writing, you can have a similarly strong viewpoint (though probably not one on politics). Go big or go home, they often say. The wrong thing to do is to end a presentation with "more research is required" or to request something small. If you've built up to a powerful conclusion, then deliver it! 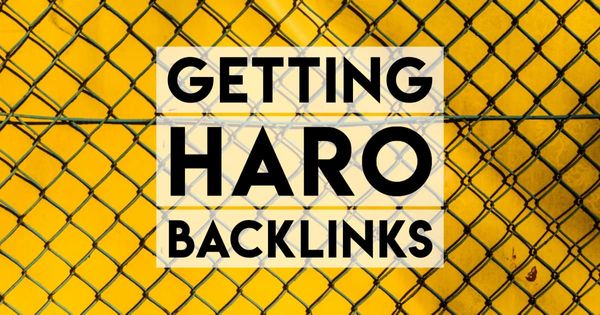 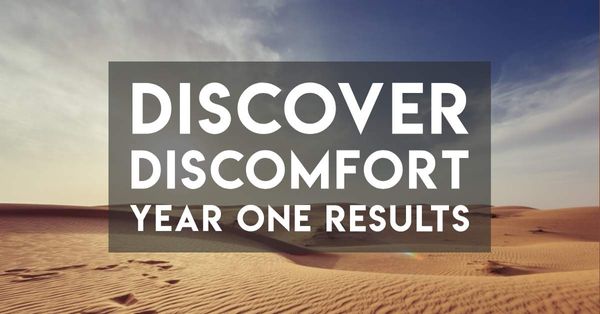 Results of our first year of blogging with Discover Discomfort: page views, revenue, what we learned, and our future.