This is the guide to business writing that nobody gave me but that I wish I had.

There's a lot of garbage business writing out there. I've produced my fair share.

I learned the above through making mistakes, studying advertising, and writing probably over 500,000 words over the last couple of years building my burgeoning media empire.

But the rules I learned in advertising and writing articles are 100% applicable to business writing. In fact — they'll work better, because the bar is much lower.

Nobody really teaches good business writing. I had to learn it by trial and error, drawing lessons from different parts of my professional career.

I've learned the below from

Because I'm not an expert, I'll try to reference the below and add quotes to reinforce it.

Examples of all these are below.

One of the most popular posts on Copyblogger is How to Write Headlines That Work. Every copywriter and every journalist knows the importance of a powerful headline, and that awareness has spilled into blogging — where everyone is part journalist, part businessperson.

Despite that, most people fail to write headlines that capture attention.

There's a deep and dark art — and science — to writing headlines.

Just like in advertising, headlines in business writing are everything.

Yes, your report entitled "Analysis of The Effect of Prices on Retention" is... it's a snooze fest! There's no two ways about it!

Great headlines capture the imagination and make the reader want to read more. They're just like any sentence in any paragraph — but if you don't get attention with a headline, you've lost people.

It's the same with email subjects. You can entitle your email "Weekly report". But why not make it something people want to click into?

It's impossible to give an idea about how to write good headlines in just one part of one article. But here goes:

How long should you spend on a headline? Probably the same time it takes you to write the entire content! Advertising legends like David Ogilvy and Gene Schwartz would spend as much time on headlines as ANY other part of the ads they were making.

At least more than a few seconds. I'd say a few minutes. If you're not sure — workshop headlines around with a few colleagues.

I'd summarise the above with one headline:

"Silicon Valley executives say if you want to be read, ask yourself these 6 critical questions before writing the subject of every email"

(Needs to be briefer, though)

Use the Active Voice

The active voice is more engaging. It encourages the writer to take responsibility, or to assign it (both praise and blame).

Passive voice obscures who is responsible for what and is one of the biggest problems with government writing. (Source)

There are some situations where you might prefer a passive voice. For example, to avoid being too direct ("It seems the rules have been misinterpreted") or to sound authoritative ("The office closes at 5pm").

But generally, use an active voice.

This isn't my idea, of course (none of this is).

Shorter sentences are also better for conveying complex information; they break the information up into smaller, easier-to-process units. (Source)

For example, make these changes:

I've seen this tactic work not just in print, but also when spoken. People who speak in short sentences use the remaining time for silence for their ideas to sink in.

Use Short Paragraphs of 1-2 Sentences

It's hard to absorb long paragraphs. But short paragraphs are easy to read.

It's even ok for a paragraph to contain only one phrase, like this one.

There are many reasons why short paragraphs work well:

For a counter example, look at one of these monolithic blocks from The Decline and Fall of the Roman Empire:

It may be a classic, but I have no idea how anyone waded through those sentences and paragraphs. I can't get through a single page. Am I lazy? Yes.

Use smaller words (2 syllables or less)

We all tend to write with fancier words than we need to.

Maybe we're trying to confuse the audience to hide the fact that we don't actually know what we're talking about. Maybe we're insecure and feel like this is the best way of claiming "hey, I know what I'm talking about!"

More often, using long words is a style habit picked up from people around us. Lawyers in the UK and Australia* used to use a lot of complicated language before the Plain English movement took hold. Those lawyers find it difficult to let go of their style and they use it everywhere — even in emails and messages to family.

Here's an example of an unnecessarily wordy sentence:

"There is an opportunity for temporal arbitrage presented by the depressed pricing currently available in one side of the market that an investor could avail themselves of and later profit therefrom at an appropriate juncture." (syllables: 63)

You can rewrite this as:

"You can buy these for less now and sell them later for more." (syllables: 14)

The second sentence is not as fancy, but you understand exactly what it means. It leaves you bare. If you're wrong, people will see that you are wrong right away.

You almost never want to surprise the reader with a conclusion. Put it first!

There's a whole philosophy around this called "Answer First", made popular by McKinsey and the other consulting firms, like the non-McKinsey one I worked for.

But basically, it comes down to give someone the damn answer when they ask you a question.

I mentioned this in answering the person, not the question. "Answer First" is almost always the best way of presenting an idea.

Imagine everything you write will be cited. Write sentences that way.

This relates the the below point of making every sentence stand on its own. Basically, assume a journalist is reading your article, looking for the perfect sentence to lift and paste anywhere else. Write every sentences as if it's that perfect quotable sentence.

To be quotable, you need to have good ideas and express them cleanly and pithily. Your ideas should be like cut fruit: attractive to look at, convenient to pick up and eat, and easy to digest.

See what I did with that last sentence? That was the perfect quotable sentence (though the idea isn't that quotable, admittedly).

Being quotable doesn't mean using huge words, clever metaphors, or complicated expression. It means the opposite — it means writing for a huge audience, as large as possible, but with as specific an idea as you can.

Give a complete metric that everyone understands.

It's very common in business for anyone without formal stats training — or without bosses who hold them accountable — to spew numbers that have no meaning.

As you can tell, what I'm asking here is for specifics.

The key is to imagine: If someone with no context but with a good brain heard what I'm saying, what would they ask? Then answer that question.

Otherwise, that person asking the question is me, and I won't be happy about it.

Make every paragraph, heading, and even sentence stand on its own

Imagine every heading or paragraph is the first one that the reader sees, and they have no context, so you have to remind the reader what you're talking about.

There's two reasons to make every paragraph/heading stand on its own:

Let's start with a counter-example. You might be writing a review about a blender, saying something like:

"The most important thing a blender needs to do is make smoothies. Luckily, the Smoothitron is excellent at making smoothies."

Five affordable classic motorcycles you can actually buy for under $5,000. 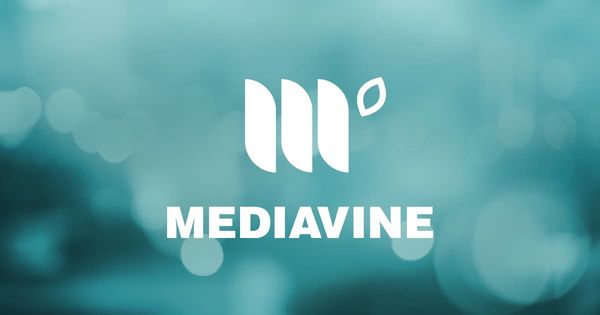 What makes Mediavine outstanding as a company — an amazing product, community, and a raving fanbase.