A friend of mine asked me recently for advice on convincing people with charts and data. So I answered him with data:

"Actually, data only makes up about 1/3 of the way I convince people of anything."

More broadly, it's important to have a general framework for "how to convince people". There's lots of ways of describing this: you can call it "selling" an idea or "copywriting". In a professional context, I think of it as "answering the person, not the question."

When I communicate this way I find that people are much more likely to hear what I'm saying. It's a lot more work. But there's no point communicating if the recipient doesn't receive a message — you've both just wasted time.

Overview: Three elements of answering the person, not the question

Answer the emotions underpinning the question

Understanding the anxiety beneath someone's questions is the first step to giving a good answer.

For example, say you're a cafe manager, and your boss is the owner. The boss asks the question "How long do people wait for coffee in the morning?"

The simple, direct answer is to say something like "30 seconds" or "10 minutes". But that's not really addressing what's underpinning the question.

Anyone who asks this question will be considering something like

Of course it'd be very painful to address every possible thing the owner might be interested in. It's up to you to think back to past questions and wonder: what is it my boss wants to know?

Think about that, and answer both questions: the one immediately asked, and the one that the asker is really asking.

For example, if based on experience/asking directly you know that the boss is worried about staffing and optimal wait times, you can say "We used to get wait times of over ten minutes when we only had one barista, and we noticed the line got long and people were walking away. So we added more people between 7-8am. At one point we had three staff but then they weren't always working. The sweet spot is two, and in those cases people usually wait no more than three minutes for their coffee. Here's the last two weeks of data..."

This would be a killer answer (especially the data bit).

There are two dimensions to think about. You need to know the language of the person asking the question, and answer specifically in that language.

In 1999, management guru Peter Drucker published an article called "Managing Oneself" in the Harvard Business Review that had a brilliant bit on communication styles. Here's an excerpt.

Am I a reader or a listener? The first thing to know is whether you are a reader or a listener. Far too few people even know that there are readers and listeners and that people are rarely both. Even fewer know which of the two they themselves are. But some examples will show how damaging such ignorance can be.

The first example was of Dwight Eisenhower, a reader. Eisenhower who could give beautiful answers to questions if he saw them in print, but who would ramble and fail to answer a question if it was presented to him verbally. He would totally fail to hear what was being asked. Eisenhower succeeded two listeners (Franklin D. Roosevelt and Harry Truman) and didn't know that the tradition of free-for-all press conferences was something he'd be unable to keep up with.

The second example was of Lyndon Johnson, a listener. He succeeded John Kennedy, a reader, who would get his assistants to send him memos about everything. Johnson kept them on staff, but never absorbed what they wrote.

Of course this applies to you in a leadership role. But the lesson I took from this was to know the language of the person I'm speaking to and communicate to them in that.

Often, an argument based on either emotion or reason can use the same information — presented in different ways.

For example, at Lyft, emotion-based arguments often failed with engineering. I'd often encounter drivers who'd have a certain problem — for example, a debit card that wouldn't work with our system. I'd contact our engineering team and ask for it to be added, as this person was driving for us and needed to be paid in an efficient way.

The response was often "But how many drivers are affected by this? What proportion of our driver base?" and so on. To convince them, I'd have to say something like "5% of our least satisfied drivers have a card problem with this bank, and fixing it will be worth $100 billion a month". (Unfortunately it was never that much).

On the other hand, emotion-based arguments often worked with the executive. After a focus group where it was informally observed that a few drivers (who were representative of our broader driver base) wanted a few things, we made executive decisions to create large driver-centric programs that would cost millions of dollars and whose outcomes were unpredictable quantitively — but which sounded great.

Ultimately, every person responds to a balance of emotion and reason. extremes are rare.

But historically, you can identify what is more likely to convince someone by looking at what evidence they've used in the past. Do they ask for data? Or do they not ask for data, and tend to act when they hear of the results of a focus group or interviews?

Decide whether to give the conclusion first, or the supporting arguments first.

Management consultants have a mantra of "answering first".

This was first made popular by Barbara Minto, author of "The Pyramid Principle", a book you can buy on Amazon that I'll summarise here.

In essence, in most situations, the principle is: you give the conclusion first. You state clearly what you think should happen, and you spend the rest of the time giving the best reasons why your theory is true.

The reasons for using the "answer first" style of communication are many, but a few of them are

Omne trium perfectum. (All that is in three is perfect.)

Personally, I love it whenever I ask someone a question and they give me an answer, inviting me to probe deeper. I appreciate direct communication so this language is appropriate for me. It's also appropriate for most people — though others might be shocked by it at first.

But "answer first" isn't appropriate for every situation.

Say you're leading up to a terrible conclusion like "We're going to have to lay off 75% of the workforce". Up front, you might call your research "workforce productivity review" or "profit targets something". But you'll lay the groundwork, and lead to the conclusion of layoffs in the end. Even then, you're likely to say something like "we have three options — shut down the company, cut everyone's pay, or lay everyone of" and make it clear that the other two options aren't viable strategies.

Another situation where "answer first" isn't appropriate is when you want readers to not have their opinion swayed by yours. You might want people to weight the evidence in their own minds and form their own opinions as a educational exercise, or one where people reaching their own conclusions is more important (e.g. in politics).

It's up to you to decide whether to use "answer first". Judge wisely! 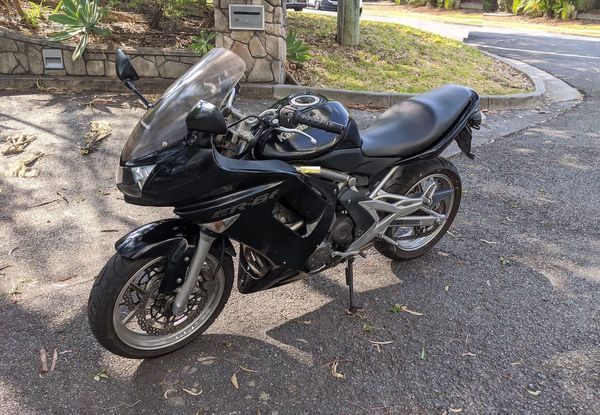 Chronicles of re-upholstering the seat of a Ninja 650, the project bike. 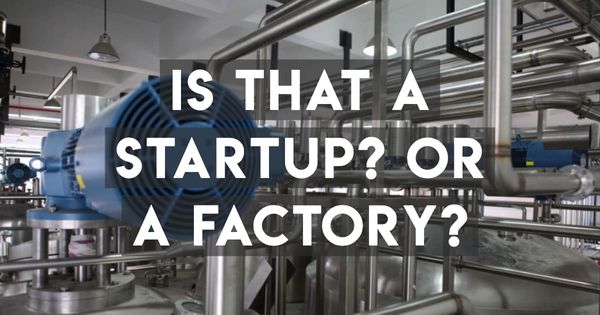