I wanted to explain something that I think is very important: we all need to stop working for other companies for free.

Of course, there are caveats to this. I mean mostly for commercial companies. I'll do it where it's an opportunity to be nice, usually for someone I like. But otherwise — No more!)

Why Not Write Reviews or Answer Surveys?

We get requests for reviews and to answer surveys constantly. They're requests like

Basically, in all these situations, companies are asking for my help — for free.

That's the rub. The benefit to me in writing reviews or answering surveys, infinitesimally small, effectively zero. And the benefit to the company is huge. More reviews means, basically, more sales.

That's why I won't do it anymore. I no longer fill out surveys for companies unless I'm compensated fairly for it (which is never), I don't write reviews, and I won't give customer feedback, unless somehow they start compensating for it, or it's for a friend I want to help.

Context: Why Companies Conduct Surveys or Ask for Reviews

Good companies ask their customers what they want, or how they did.

They do this for four main reasons. Primarily:

I know these reasons primarily because as a former company type and current entrepreneur, these are the reasons I ran surveys or ask for reviews.

For example, I used to run a Net Promoter System program at Lyft. We'd ask every customer of our physical locations how they felt about their service and used that to assess where we had to improve. We got about 2000 responses a day.

We did use it to very slowly run campaigns to increase our score. But when an irate customer would give us a poor score and a review filled with bitterness, we very rarely addressed that specific instance. Their voice was never directly answered. It just went into the machine, and hopefully we offended someone else six months later slightly less.

I also have run sporadic surveys asking people if they'd use a product or service. For example, I ran a survey asking Lyft drivers what their biggest frustrations were in car ownership. I recall that it was maintenance... so we decided to launch a mechanic service.

Surveys, when they get good response rates, are very valuable to people who run them. They help companies acquire and retain more customers. That's why there's sometimes an incentive attached, like the chance of winning a gift card.

As an individual, I get surveys by major companies who want to go in a different strategic direction. Some of them are in principle well-compensated — for example, at up to $40 a survey entry (if I pass the screening requirements, which I rarely do). But it's rarely enough, especially since I waste energy just trying to screen.

When sites like Amazon get many reviews on a product, it helps them rank higher. More text means more ways in which you can find that product with a Google search. It's why Tripadvisor is an website built entirely on user reviews. They get lots of traffic to their website, which brings them massive amounts of revenue — and it's all thanks to user-generated content.

There are, of course, other surveys — like academic ones, or those conducted by reporters. It's up to you whether you want to participate. Sure, be nice and help if you want. But you should definitely assess why you're doing it, and think if it's worth your time.

Why We Fill Out Surveys or Write Reviews

So why do people like you and me fill out surveys or write reviews? There are a few reasons.

Say an ice cream brand you like conducts a survey. They ask you "Which of these three would you like, and why?" and you excitedly try to get them to provide you with the flavour you want. Answering the survey gives you a chance to think about ice cream, which gives you a good feeling.

You might also imagine that they'll use your brilliant idea in their next product. They won't, of course — but it's nice to dream.

Or maybe you had a really bad customer service interaction. You're angry. You didn't get the result you wanted. Giving a low score on a review or customer service survey might also make you feel good because you feel like you're getting someone back.

Sometimes it's just nice to be asked. "We're conducting a survey of our most valuable customers." "Me, valuable?" you might think. "Go on..."

And finally, maybe you want something to change. You're hoping that someone is reading your angry review or survey response and will do something about it. This rarely happens (more on this later).

The thing is — these reasons are almost always not good reasons to spend time giving a company information. If you want to feel good or be impactful, there are better ways.

Because almost nothing is going to happen directly as a result of your response, and it's going to be at an expense to your most precious commodity — time.

I basically stopped filling our surveys when I realised that I was telling a company how to improve — something I normally get paid for — for free.

Surveys take time and mental energy. Even a three-question NPS survey takes a minute or two as you think about it. And a multi-page survey could cost you 15 minutes — which is something most people would value very highly.

Minutes of your free time might not seem valuable now. But they're very valuable when you compare those minutes with something you could be doing that you enjoy, like spending time with your dog or just staring into the ocean, thinking of nothing.

How much would someone have to pay you to not spend your free time with your dog or stare into the ocean in your free? For me, $20 an hour isn't enough to not do that. This is my free time. Maybe $250 an hour and I might consider it for an hour or so.

Based on that, you'd have to pay me $50 to write most surveys responses or reviews.

On top of that, answering a survey means thinking. We have a limited budget of how much we can think in a day before we're exhausted. So we'd be best off if we spent that time thinking about important things that help us, or about people we care about.

Basically, by filling out survey, we're giving away our most precious commodity —time — for free to entities that can afford to pay for it and benefit from it.

The (Insignificant) Personal Benefit of Filling Out Surveys

So surveys have a huge cost on your time. What benefit do they have?

A survey might have an incremental benefit on a product or service. But a lot has to happen for the survey to actually get you what you want.

All of that is very unlikely to happen. Most surveys just end up as a poorly-presented chart that most people ignore unless it suits them at some point. Most often, I'd see a survey analysis misconstrued to present some other point — and not very well.

If you want something different, then rather than try to change a company, it's almost always a better option for you to go out and get it from whoever can offer it right now.

And if you were unhappy with customer service and leave an angry survey response, hoping someone will read it — they might, but they almost definitely won't contact you about it.

When we got negative survey responses at Lyft, we had occasional spurts of productivity where we'd contact the person and try to make them happy. But these efforts were short-lived because they're very hard to sustain.

What Should You Do Instead of Answering Surveys? Take Control!

Examine what you're trying to do, and go do something more directly aligned with that purpose.

If you want a better product or service, then go get it from someone who's providing it right now, whether it's at the same company, or another.

If you want to compliment the company, write them an email. You'll be much more likely to get a response this way.

And if you want to complain, either write in to customer service or just cancel your account with them.

All of these may still have limited effect, but they'll have much more effect than filling out a survey.

If you really want to publish something online — start a website. Write about it there. If you write well, people will read your survey. And if it's a positive one, you can even make money through it via affiliate commissions. My positive reviews about some products has earned me thousands of dollars (per product). It's not big money, but it's much more than "zero".

The Downside to All This...

There are two downsides to this.

Firstly, there are sites where I find reviews useful. I like reading reviews on Amazon or Google Maps.

Of course, every time I read a review, I have to read between the lines, be sure that it's a "real" review, and know that the reviewer wasn't bribed into giving a good review. It's really hard. So I wonder whether it's valuable at all — after all, many highly-rated products on Amazon are just future landfill.

So if I advocate people not contributing, it's because I think we shouldn't be doing so for free. No, we shouldn't be paid to do so by the producers. But definitely Amazon, Airbnb, and Google Maps can afford to pay us for them. If not, don't do it.

Secondly, when I want to conduct a survey, I need to compensate people properly. I can't expect people to respond other than out of the goodness of their hearts.

I reasonably should be paying people $5-10 for every very brief high-value survey response at a minimum. If I'm trying to make a real strategic decision and want answers, then that seems reasonable.

If anyone's offering you less than this, then it's probably not worth it. And this means if I conduct a survey — I'll target it well, and that's what I'll pay you. 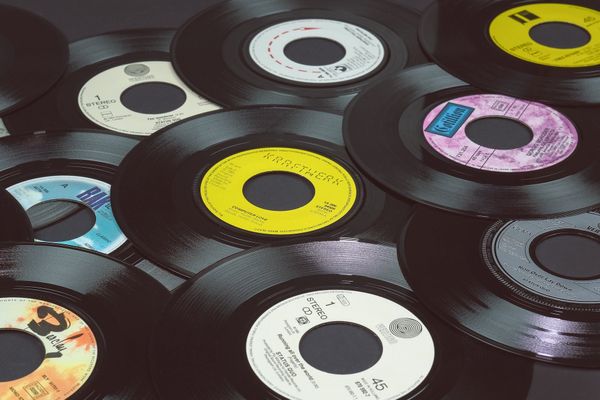 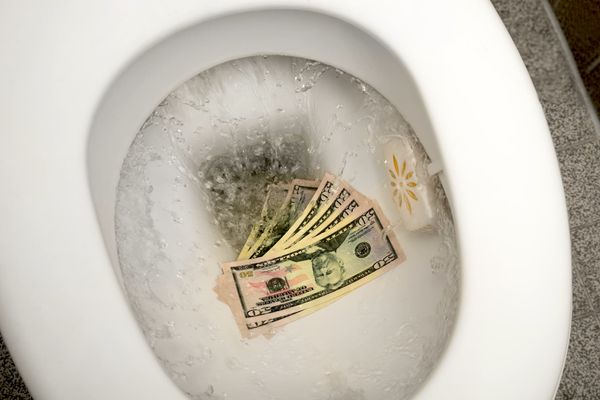 An Empire Flippers acquisition failure story — my first and probably my last.