This is a satirical post that I published on the internal wiki when I worked at Lyft, where it became the most popular article (I didn't have much competition).

I’ve done ALL of these things myself at one point in my career at many companies. I’m sorry.

Meetings are where you really assert yourself and show your value to a company by saying things in a room to other people at a prescribed time.

We have a lot of meetings at our company, tracking towards our secret top-level company goal of 400 million meetings annually for 100% year-on-year growth, so it’s important to crush them all.

Deciding on whether you need a meeting

Firstly, ask yourself: do you need a meeting? The answer is always "YES!"

A meeting is a great way to spend time with strangers in an unstructured way, discussing things and then remembering in the last two minutes that you had something to say and then spending the next five minutes saying it, realizing you have no more time and thus finding an excellent reason to un-constructively spend another 33 minutes at a later juncture.

Some examples of cases where meetings are better:

The best meetings are improvised, ad-hoc and only have one follow-up action item, which is another meeting.

Creativity demands a lack of formal structure and a free-for-all of thoughts. So don't organize anything.

Decades of management theory claimed that a good meeting should have a purpose, agenda and roles. However, research has shown that this just leads to shorter meetings and thus shorter work days, and then people leaving work early to do unproductive non-work things like spending time with loved ones and dogs.

Prepare a vague and generic deck. Ideally, this should be a general purpose deck that you’ve used in the past for a large number of unrelated meetings, with very general content and large arrows.

Add color when presenting your deck by saying "Oh these numbers are out of date, but you get the general idea" (they don’t) and typos to add authenticity and show that you probably tailored it for the occasion (you didn’t).

Open the meeting by fiddling with the AV for five minutes, finally opening to the deck. The deck should always be titled "Deck for Meeting".

What to call it

The hardest part of a meeting is always what to call it. Good news, you have a cheat sheet! Call meetings one of the following:

For example, if you’re meeting with Rex, call the meeting "Rex Sync". Rex will love that.

Extra words in invites are superfluous and waste valuable time that you could be spending talking, so be succinct in naming the meeting.

During the meeting, you need as much generic filler content as possible to use the allocated time, especially as all your time is taken up with meetings and you have no time to prepare valuable content.

Use an established meeting word for your Google Hangout link like "meeting" or "sync".

If you find other random people on the call in a similarly-named meeting say "Sorry people" in that way that shows that you’re not sorry at all and you expect them to figure it out.

A rough guideline for who to invite is "everyone". Everyone in a meeting should have a role, and for almost everyone that role is "attendee".

If there is someone who sits within 10 feet of you, has a vague interest in the company or has nothing else to do, they should be in the meeting.

If you’re not sure if you should invite someone, just check their calendar. If they're free, invite them. Also, if they’re busy, it's probably a fake meeting just to block out time, so invite them anyway.

Be polite and invite dogs as well. They're in your fancy startup HR system for a reason!

Where and when to have meetings

Your goal in organizing meetings is to give the impression of your grandeur, like a giant black hole, slowly sucking the entire company into an infinite mass in which time ceases to have any meaning.

Therefore, always schedule meetings in the room closest to you and at a time of your choosing, regardless of where other attendees are and if they’re available.

If you can't find a room within 100 feet, simply stand outside a room that's not technically bookable, then go in and apologize, saying "Sorry guys J-dog/P-dog/some exec-dog blocked this room out for [my project]" and wait until they leave. Keep saying "sorry" as you shark the room out from under their feet. You win!

People in other cities are actually just pixelated animated caricatures that show up on your display with dog or baby noises in the background and don’t need to be considered, so stop squandering resources organizing rooms for them.

Finally, always remember locations and time zones. Here's a guide to how to think about time zones:

This is the fun bit, unless you're out of snacks.

A meeting’s outcome is determined in the first three minutes. You’re should skip the first few minutes as it's really boring and usually consists of small talk like "So, big plans on the weekend?".

(Hint: never ask this if people have weekend plans unless you are SURE the answer is "probably just catch up on sleep". Otherwise, your plan to catch up on sleep will be eclipsed by their plans to get their pilot's license.)

In any corporation, you need to demonstrate your implicit value by simulating demand. Therefore, show up to the meeting at least three minutes late.

Arrive late to the meeting even if it's the first meeting of the day and you had nothing to do beforehand.

Some great opening lines are "Sorry, the traffic from [an expensive suburb] was terrible," or "Apologies — my last meeting with P-dog went overtime." This is a great opportunity to drop that exec nickname. Move on before they ask if you live in that suburb, or who "P-dog" is.

Start the meeting with the obvious: "Well, I haven’t organized anything, so I was hoping this could be a general exchange of ideas on any subject."

In the next minute or two, ask if anyone wants water or snacks. If they say no, go out and get them anyway, returning around the seven minute mark. People will definitely eat your snacks and will be buttered up, more likely to acquiesce to your demands that you haven't thought of yet.

Launch the formal part of the meeting by referencing something amazing that has nothing to do with your product. "Team, in 1981 Apple introduced the home computer and changed the world. Now, I present to you my spreadsheet that forecasts fridge snack stocks based on estimates of new joiners, adjusting for guilt based on seasonal bloating."

Inform everyone that you have a hard stop in seven minutes.

Occasionally pipe up with a vague insight. Here are some things you can say to sound smart:

You can string these together, like "Is Uber 10xing lipstick on a pig?" While everyone is confused, throw candy at them from the mountain of snacks you fetched until someone else says something.

Be more awesome than you are

Try casually mentioning a senior exec by name show show your clout. E.g. "I’ll run this past the CEO and see what he says." If anyone looks at you for more than a second, look at them and nodding, say "I mean JZ", or whatever their nickname is.

Continue to refer random execs during the meeting. E.g. "I'll run this by the CEO in our next catch up — I have a weekly stand-up with them" or "I bet P-dog would like that!", especially if the executive in question doesn't go by that nickname. Maybe this will be the time your exec nickname catches on!

Don’t shoot down ideas too obviously though. Simply ask questions like "Will that scale, though?", "Is that disruptive?" or "Does that align with our top-level OKRs?".

The secret to asking questions is to ask so many so loudly that people get annoyed and stop talking about the disruptive, scalable and strategically aligned idea that your soon-to-be-ex colleague came up with.

If there’s no whiteboard, then you can just draw on a piece of paper that nobody else can see. You can draw anything. Maybe a snake. They’re so easy! When you run out of ideas of animals to draw, scribble furiously with your and then casually toss it into the trash can to signal that it wasn’t working.

If you write other content on the whiteboard, ensure that it is extremely long and trails off at an infuriating angle before you ask someone more junior than you in the meeting (ideally, someone you only just met and who doesn’t work for you) to take notes.

Never go on mute. This is your chance to shine and demonstrate your personality. Employ generous background noises to send messages saying you’re better than everyone else. Here are messages you can send:

After this goes on for a while, ask everyone else to go on mute.

It’s over! Well, not quite. No good meeting ever ends early or at the appointed hour. You need an excuse to show up to the next meeting a few minutes late (see above guide to demonstrating value by simulating demand).

Be the first person to say “Great meeting guys!”. Especially when you didn’t even organize the meeting. Then, look at the most senior person in the room and say "I’ll catch up with you offline 1:1 to go over a few details". Nod at everyone else and wait for them to leave the room.

The last person to leave any meeting is also the latest to arrive to the next meeting and in both cases implicitly the most important person, and this is you.

When the unwitting junior sends out notes, make at least one correction to a minor detail and thank everyone for attending, ensuring you have the last say. Then send a note to his/her boss advising that attention to detail is important but thanking them for their work, but really, attention to detail is everything. Reinforce this through whatever high-tech feedback tool is being employed, using an upside-down smiley to round things out. 🙃

Finally, publish the notes to the meeting on the wiki, where it will live forever in ignominy.

If you’ve read up to here, you’re probably 15 minutes late to your current meeting. This is a perfect time to email everyone to ask if you can reschedule because something came up. Congratulations, you’ve crushed it! 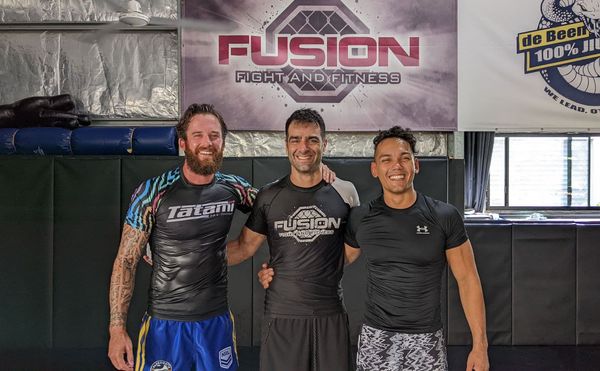 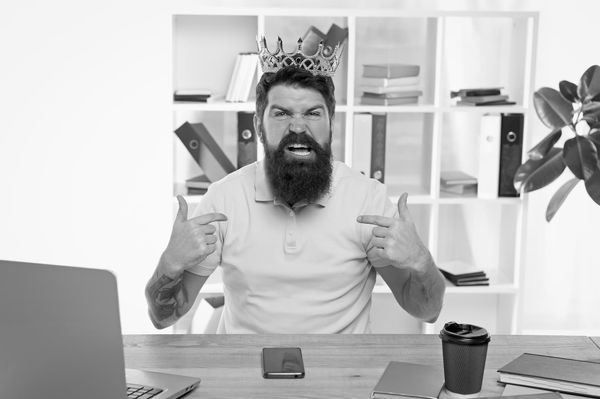 How not to write sales emails — don't keep talking about "me, me, me". With a case study and discussion of wht else to do.