I've still been training 5-6 days a week. I look forward to Saturday, when I can sleep in for a 7 am class, and otherwise have been training every day at 5:30 am. Initially to escape the daytime heat of Far North Queensland, but then it quickly became I just liked the morning crew!

There are a few things I've reflected on in the last 50 hours.

But first, a general reflection of where I'm at at 100 hours.

Firstly... on physical condition — I've lost weight (around 5 kg, down from 86 to about 81). That's quite a lot for three months, even if some of it is definitely muscle weight.  I'm probably a weaker, but I have barely looked at a barbell. Too busy!

But I'm also fitter. I can get through 1.5-2 hours of training and not be "dying" at the end. Some of that is also learning to pace myself (which I have to do more work on).

Generally, I'm good at surviving, getting better at holding positions, OK at passing guards, and lousy at attacks and takedowns. But I keep trying.

Right now, I have a long list of basics to work on. I definitely feel like I'm at least 200 hours from feeling like I have covered the basics and being able to say I know them all, even if I'm not good at them.

The Joy of Focus — One Teacher, One Class

When I first started out, I was doing BJJ and Muay Thai at the same time. I really like Muay Thai and the way it encourages me to move.

Well, I've decided to just do one thing at a time. No splitting my time between BJJ and Muay Thai classes.

At my gym, they offer both. But there's little interplay (nobody seems to go between classes), and the coaches do either one or the other. It's not an MMA gym.

If it were an MMA gym, then I'd do those MMA classes. If I were at a gym that just did Muay Thai, I'd do that.

So because I was busy with work, I didn't have time for two majors. And I picked BJJ as my major and Muay Thai as my minor.

Know what? I hated it. I hated being the guy in Muay Thai falling behind in class because I lacked focus. It didn't feel good, nor did it feel like me.

The main benefit of learning just one thing from one teacher is the reciprocal relationship you develop with that teacher.

They benefit because they see how I'm doing and what I need to work on, and also see my progress. I benefit because I develop a relationship of respect from that teacher and feel more comfortable asking anything.

My BJJ coach, Chris, knew where I started out and could see where I was getting better, where I continued to struggle, and gave me good general advice on how to progress.

When I was doing just 2-3 Muay Thai classes a week, I felt like I was "falling behind". The teacher would focus on the other students who show up every day — rightfully so, those students are eager and deserve the teacher's respect.

It's not that I was ignored by doing less Muay Thai. It's just that I'm more of a tourist if I show up less than four times a week.

If, on the other hand, the same teacher was alternating subjects every day, teaching different things — I'd love that. But it's not the case right now.

On the face of it, BJJ is on the ground, and Muay Thai is standing up.

But BJJ is more than just groundwork; it's a combination of takedowns, holds, defences, attacks, sweeps, reversals, and more.

And then attacks aren't just attacks — there are arm attacks, leg attacks, chokes, and more.

And then within chokes there are arm chokes, leg chokes, and then many variations on those, plus entrances, escapes, using them as positions or transitions... you get the idea. Each discipline is deep.

Finally, my Muay Thai classes weren't big on teaching technique. Some of them were. One coach in particular. But he was stretched thin, and focused on fighters.

I often have to ask all the questions like where I should aim and so on, and there just wasn't enough of him to go around.

I still really want to learn the striking side, even if it's just to be able to take a hit, duck, catch and throw, etc., but I'm not at the right place.

The second thing I've learned is the benefit of studying Jiu Jitsu the same way I study languages.

This circular relationship has helped me get to conversational fluency in languages and to functional ability in a diverse range of skills. "Conversational fluency"  is basically where I want to get to in Jiu Jitsu. So I'm following the same approach.

Right now my favourite resource for self study is the Grapplers Guide, which costs $299 for a lifetime subscription.

There's a bit of a trap, though, in learning actively like this. Sometimes, looking at videos feels like I'm learning. But it often all goes out the window against an even slightly resisting opponent.

In my downtime, I won't just watch videos — I'll do solo drills, do drills with my partner (she won't enjoy it! which will be fun for me), and do yoga.

It's really fun to keep rolling against the same people. There's always more to learn — we're all getting better.

Even though I know people's game and what they're going to do, I have a chance to go home and study how to defeat it. Then I go back. And hopefully, they'll have to do the same!

Having a consistent training partner feels more safe, too. I know they're not going to be a jerk and kick me in the face (which happens) or break something. When they do inadvertently hurt me, it's against a backdrop of many sessions, and I know them well enough by that point to shrug it off and keep going without feeling apprehensive.

But rolling with new people teaches me so much more.

Occasionally, a newer person shows up to class. When they do, it's my turn to shine. They have all these weaknesses to exploit — loose arms, lazy posture, and so on. I get to attack, roll, and generally have a bit of fun. I think it'll be like this for a while.

In just yesterday's class, I rolled with some guy from another gym. He was doing inverted takedowns and did a kimura on me from half guard, something I'm not used to (and should learn, and be ready for).

Basically, rolling with new people is just like meeting new people and talking to them and asking about their lives. You suddenly learn so much. It's enriching. Do it!

Getting good at Jiu Jitsu is really a very long journey. It'll take me another few hundred hours just to have covered the whole basic vocabulary — without having developed mastery anywhere.

I don't think I'm going to compete any time soon. I just don't need that frantic pace in my life. It doesn't really make me a better person to have won at a Jiu Jitsu competition.

I think of those competitions a little like taking part in the CrossFit Open. The only reason I did those was because the gym was doing them, and so it was kind of a team activity. That's the same reason I'd compete in Jiu Jitsu — if it felt like a fun team thing.

I've also set a goal for myself of getting to a BJJ Black Belt within 5 years (from starting). Let's see how that goes!

Anyway, back to the mats. 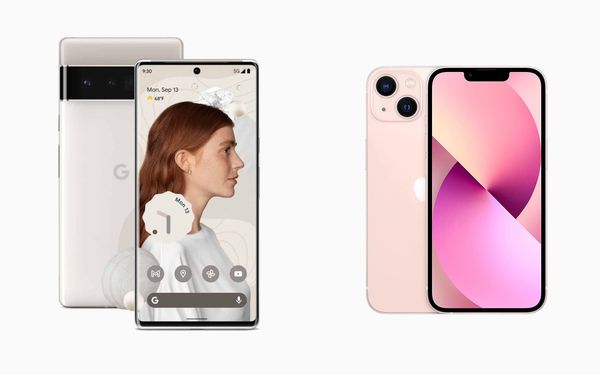 "Well, I haven’t organized anything, so I was hoping this could be a general exchange of ideas on any subject."