My NameHero review — Why I chose NameHero hosting over WPX, Cloudways, DigitalOcean, BigScoots, and any number of other possible WordPress hosts.

This post contains affiliate links that earn us a commission if you use them.

After two years of hosting my website on a DigitalOcean droplet, I migrated my site to NameHero. There are many reasons I wanted to do this — speed, ease of management, and features — and NameHero exceeded all my expectations.

So I wanted to put down a NameHero review because there's very little out there about this hosting service. So here it is — five reasons why I chose NameHero as my new host.

Spoiler... I chose NameHero because it was among the fastest, had all the features, and THE CHEAPEST! Check here for Namehero's latest sign-up deals — they often offer 30-40% off sign-up.

NameHero review — In a nutshell

In this review, I'll go over

These are the five reasons why I chose NameHero:

Our website, Discover Discomfort, is an education website. Most of our revenue is from a mix of advertising and affiliate. We mostly talk about language, culture, and travel.

Those stats have evolved a lot over time. I wanted to share them because a lot of reviews of hosts are just a vanilla site with a few pages on it. This is our live site with a lot of traffic.

So far we've been hosted on DigitalOcean. It has been great — $10/month server was really good for a while.

But lately, our page load speeds have gotten slowwww. Our average page load time used to be 10 seconds; it spiked to 30+, and nearly 40.

There are two main theories about what caused the increase in load time. One was that our database was unoptimised — there was definitely a huge table created by one of our plugins. Another was that we were under attack (it's what a security guy told us, but I didn't see any evidence for this on Cloudflare or in Wordfence).

Nonetheless, I didn't want to think about it any more. I want support to deal with it and to tell me how to optimise my database (or do it for me) and someone else to handle server-side and PHP security.

So we wanted to migrate to a different host to outsource all this.

What was important to us in choosing a server

There are a few things that I specifically wanted in my new server. These are fairly common things, but please evaluate this list to see if they're your priorities, too.

My priorities are important not just from a user experience (fast, zippy site), but also from a Google ranking point of view. Google tends to prefer web sites that load faster, partly because users do.

There are lots of reasons why a fast website is better. I don't need to rehash this here.

Suffice it to say that these were the specific things I was looking for in a hew host:

Here are the hosts we were considering. There are no bad hosts here, but there is a wide variety of prices!

The main contenders were

How the contenders stacked up

Let me start with how a few of them were ruled out.

I'll do this in the order of the first ones I rules out of the equation.

DigitalOcean — Fast, but Not Managed

Firstly, DigitalOcean is a great option for people on a budget.

But even though I've built and hosted MANY blogs on DigitalOcean already, I really wanted a website where someone else would manage the server for once, and give me security. Our blog Discover Discomfort gets hack attacks all the time (and I'm embarrassed to say one was successful because I didn't keep up with the never-ending stream of plugin updates). So — because hosting isn't managed, I axed DigitalOcean as an option. (I still use it for smaller projects).

Also, DigitalOcean doesn't really have a built-in CDN. They have a few cool bits of tech like their Spaces, which you can configure to host your media... but I never figured that out.

Cloudways — Managed, and CDN, but no LiteSpeed

Cloudways is basically DigitalOcean but with a professional manager running it.

Sounds great! You get the low cost of DO (plus a low-cost manager), and it's still blazing fast (and still cheap).

Cloudways also have their own CDN. Awesome!

Main downside — Cloudways don't offer a LiteSpeed server — yet. I really like running on LiteSpeed, so that's a no-no.

BigScoots — Fast, but not too cheap, too much downtime, and no CDN

I really wanted to move to BigScoots. Everyone in the Mediavine community loves it, and raves about their customer support.

Unfortunately, I think the blogging community can sometimes be an echo chamber of a few opinions. BigScoots DOES seem pretty transparent. But they've had frequent downtime in the last year affecting large segments of their customers. While they've had explanations for all of this, it's still downtime, and I don't like it.

Even that aside (it might just be random bad luck, or maybe them being transparent is drawing too much attention to it), BigScoots doesn't have a CDN, isn't based on LiteSpeed, and is far from the cheapest.

My second choice is WPX. In fact, I'm using them for another project.

WPX ticks all the boxes

WPX's pricing is a little higher than NameHero's. They charge $25/month, or around $20/month if you buy a year.

At least the pricing is quite simple! I found NameHero's pricing scheme a little confusing, with tiered incentives to pre-pay for two years or three years... then coupons on top of that.

One thing that's not as good about WPX, in my opinion, is that their "recommended" configuration required me to deviate quite a bit from the way in which I was already deploying my site.

I had to change my nameservers, get them to issue a certificate, and use their recommended cache, to get the "standard" optimised WPX deployment.

(Now, you don't have to deploy WPX's recommended configuration, but I did, to give them a fair shot.)

For our website, I went with NameHero. Why? Because it was easily the cheapest.

I got a great deal with a coupon code and chose the "Business Cloud" option. This includes hosting for unlimited websites!

Of course, I'm just using it for one website. Our website is on track to hit around 100,000 monthly sessions within around six months, with peaks of 20-50 concurrent users already, and I want to make sure it is future-proof.

The unique thing about NameHero is that they offer not just Cloudflare, but Cloudflare with Railgun.

Railgun isn't a CDN, but it is a way for Cloudflare to deliver basically all your content via their CDN. So it has a similar end effect.

NameHero's hosting is basically unlimited. They encourage you to optimise your database and not totally abuse their platform, but otherwise, they don't have any limits on disk space or bandwidth.

What they do offer, however, is

From the day after I began hosting with NameHero, my traffic went up by 15-20% — my website was a lot faster than it was on DigitalOcean, and so people didn't bounce off the page waiting for it to load.

At first I thought it was a spike, but it has persisted!

We chose the Business Cloud option. I found the sizing a little confusing. But it's ample for our needs, and is future-proof for the next two years for us. 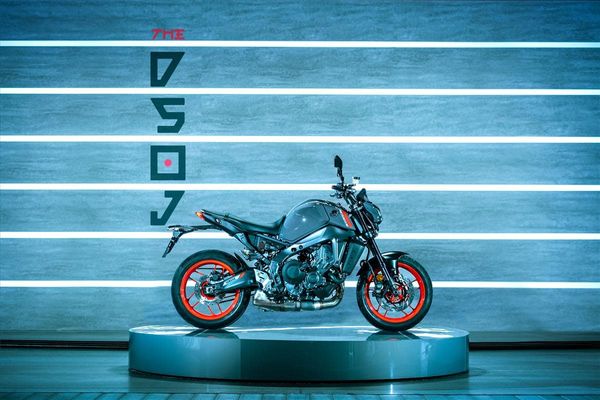 Five major improvements to the 2021 Yamaha MT-09 and MT-09 SP— Suspension, throttle/ride-by-wire, cornering ABS and an IMU, more power, and a digital display. Is this my next? 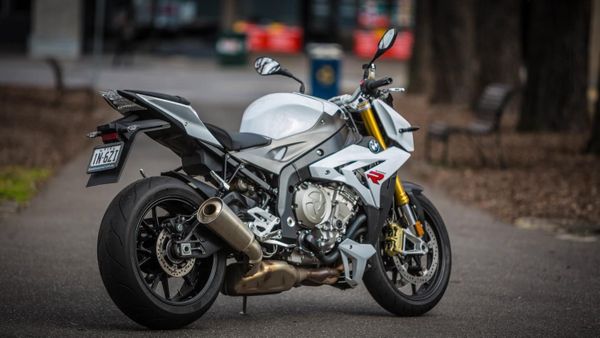 Complete buying guide to the BMW S1000R — model changes over years, the best model to buy, what to look for, expected maintenance, and how much to pay.