I had always want to make an app ever since it was a thing, but always seemed to be too busy. Work, study or trying to get various businesses off the ground all meant I didn't have the head-space for design and coding.

That changed early in 2015 year when I had a) a great idea with a genuine need, b) a bit of time, and c) the bloody-minded chutzpah to try something I hadn't ever done.

So I opened a browser and typed:

Fast forward through two months of late night development (plus another month of building a massive database of cafes) and I had Pilgrim Coffee in the app store! It was a little rough, and definitely a 'beta', but I was immensely proud.

Some common questions I was asked were

My background in coding included learning BASIC and Assembler in the 1980s, C in the 90s and Java in the early 2000s, the latter two of which got me through my Engineering degree and thesis.

But I basically had never learned anything "web"-related, like HTML, CSS or JavaScript.

So, with the web, none of that was relevant. Firstly I wasn't ever that great at coding — a classic engineer, hammering and gaffer-taping things together until they didn't crash too much. Then, I didn't touch coding again for more than a full decade. In the meantime, the entire world changed.

Some concepts that I had to learn that I never did:

If you don't know what the above are — rest assured that they're all major developments, and all fundamental to addressing the challenge I set myself: building an app.

Finding amazing coffee is a labour of love, but still labour.

Firstly, why build an app at all? It was simple — to address a need I had myself, and what turned out to be the need of quite a few people around me.

The need was simple: to help us find cool new specialty coffee places in foreign cities we travel to. Every time a coffee buff like me travels to a new place, we go through a similar process to find all the new specialty coffee spots. We look through blogs/listicles, filter out what's not good, check Reddit, check forums, add them to a list, make a map, and look at what's nearby on any day and then go to them one by one.

Finding amazing coffee is a labour of love, but still labour. Wouldn't it be simpler if the catalogue of information could be captured in an app? An app complete with location data, opening times and photography?

Obviously yes. And surprisingly, nothing out there quite fit the bill. Importantly, every coffee aficionado I mentioned to was quite excited about it and would wonder why there's nothing quite out there.

The solution? A content-driven approach, a dynamic guide for coffee lovers written and maintained by coffee lovers.

One thing I didn't really think about was the business model. I figured I'll build it, they'll come, and I'll figure that out later. Ultimately, while this may have worked, it was a lot longer of a process than i thought. More on that in a separate piece.

It's all about getting to a working product as quickly as possible, then iterating... My first version didn't even support commas.

Time is precious. I can't spend too long doing something, only to figure out nobody cares. So after getting started (downloading Xcode, buying an Apple developer license for $99 and figuring out how to configure everything), I decided to build what would be my first minimum viable product: just a map of cafes where I lived at the time (Hong Kong) with a location sensor.

The first version I built was extremely simple. It's all about getting to a working product as quickly as possible, then iterating. The first version would display a map, download a CSV file (a list, separated by commas) from a server, and put pins on the map wherever the CSV said. Since it was a comma separated list, my first version didn't even support commas in the descriptions! It was just a bunch of pins. But that was pretty cool! Here it was:

There was a whole long process of trial-and-error development and experimentation that went into building this first version, and I could detail that out in another post, but basically, it was a lot of Googling.

Some major questions I had to answer for myself:

* These days, since about 2016, it has been much more viable to code apps in React Native, a brilliant Javascript framework that makes fast iteration and cross-platform development a breeze. I'd definitely recommend this path for any new app developers.

I mucked around with version 1 for a while. I showed it to some people, and noticed they kept clicking on places I didn't expect them to. I realised major problem number 1: it needed more functions, and data. As I edited the data, I also realised it's incredibly annoying editing the data in text format. The data needed to be in a better format. Also, my Google maps didn't work in China. So, I made some changes.

Version two relied on Google Docs as the database back-end. This was awesome!! I had a list of cities, and a list of cafes in other separate sheets. The app would download the lists straight from Google Docs, populate the data on maps and then show me.

I took this out on the road to test it and hit major problem 2: it was too slow. Google Docs isn't designed to be the back-end of a major app. It took up to 20 seconds to load some of the busier maps, like New York. Unacceptable. Oh, and I had forgotten that Google Docs doesn't work in China either. So I redesigned again. I asked my friends 'hey do you know a good and simple cloud-hosted database to use?' and got some great recommendations. So I decided to migrate to Parse.

Sadly, Parse shut down in 2016/17. The world said goodbye to one of the easiest-to-use and most flexible databases for app development.

This is when I hit problem number 3: Without Google Docs, I didn't have an easy way of editing data. The awesome database-as-a-service I was using assumed people like me would be comfortable making front-ends. So, I had to learn a few technologies - CSS, Javascript/JQuery and Bootstrap to make an accessible, usable front-end to my database. It took me a week, but I was pretty happy!

The result was still what I'd call an MVP (minimum viable product, in case you've been skimming). It shows that it can be done, and that a useful product can be made. But it looked great, was stable and was really, really useful (including in China).

One thing I've learned is that an app I built is always going to be an MVP. It wouldn't have mattered how many features I added — it would always have stretched my ability to the maximum. Why would I release anything with MORE than what I consider to be necessary? In talking with other engineers, I often hear the same view expressed. Every business I come across has "dragons" — bits of legacy code from the founders. They can take years to be removed, and sometimes never are entirely!

Pilgrim Coffee grew quickly. I grew it to 5,000 active users in around six months.

The life changed. I became separated (now divorced) and left Hong Kong to take a job in San Francisco with Lyft (I left Lyft, a job I loved, in 2018).

During that period, my database provider, Parse, said it would shut down. I considered migrating to another platform. But it was just too much to handle. I was too lazy to confront my emotions on the matter, and they got in the way of me making Pilgrim Coffee into something truly great.

Those emotions were primarily a desire to leave everything behind me in the wake of a change of relationship and to start afresh in San Francisco. Ahead of me was a fresh job, new country, and a promising group of friends. Behind me was a painful past.

This is the hardest part of being a single-person founder: loneliness. It probably kills more startups than we'll ever hear about.

So in early 2017, when Parse shut down for good, I wound down Pilgrim Coffee.

Looking around me years later, nothing has filled the space of Pilgrim Coffee. I had the perfect platform for a content-driven marketing business that was never built.

How I swapped my old MacBook Pro for a new iPad Pro - and had to switch back. 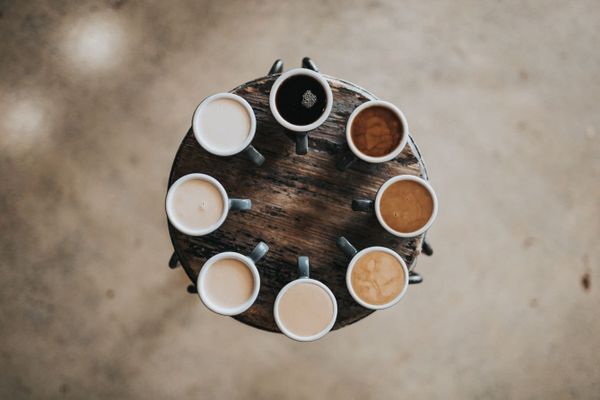 Searching for a definition of specialty coffee - both roasters and cafes. As part of my development process of Pilgrim Coffee.