This may be vague but it's advice I try to bear in mind constantly: believe in the long road and keep going.

I'm too shy to publish actual numbers (for now), because no matter how far we come, we always feel like there's such a long road ahead — especially admist many superstars here (many of whom also don't post as they're huge blogs making millions a year).

But suffice it to say we're self-sufficient in a moderately expensive city. Our business pays our rent, for our hobbies, our school debt, going out, and for travel. We're not wealthy, but I also am no longer worried about whether we one day will be.

Early in our journey, in mid 2018, I made an infamous (to myself) projection of revenues.

That projection was so laughably off-base that it's ridiculous. We made a few dollars in the year of 2019, but really only started to make any non-trivial money in 2020 — in the first month of which we made a whopping $300 or so.

Why and how did I make this projection, you ask? I wanted to know how much in savings I'd need to go and build blogs full time. And I built it by making conservative estimates... not conservative enough, it seems.

A few years prior, I had started a watch company called Eureka Watch Company. I designed a watch and got it built by a Chinese manufacturer and sold them at a roughly 70% margin.

In the first month I made $7K on Kickstarter, and then in subsequent months sold maybe 25 watches a month — about $2000 a month for about $1000 in EBIT. I thought it was a failure and shut it down.

There were some aspects of Eureka that I really liked, like the feedback on the designs. People loved them and really liked the build quality. (People STILL like them!)

But I didn't love watches personally. Ultimately, people don't need watches. We have phones and a million other things to tell us the time. Watches are just fashion accessories, and most fashion is just future landfill.

So I closed Eureka Watch Co down (by never ordering more stock).

After Eureka, I built a coffee-hunting app and blog called Pilgrim Coffee.

I got it to around 5000 users within a few months and thought "this is going too slow and I should get a job!". I had no path to profitability. And so I shut it down.

But these days, I'm aware that just the blog from Pilgrim Coffee alone could have been the path to a good lifestyle business. And I had an app that people liked and used — and I shut it down. Why?

Here's why I stopped both Eureka and Pilgrim:

On top of those things, I got divorced in 2016. While my divorce wasn't messy, I needed a reset on my life and that's what working at Lyft in SF gave me. New job, new city, new life. It was very, very hard — ultimately impossible — to go back and work on the things that I used to work on, like Pilgrim Coffee.

But impatience was a huge part of why I thought those businesses were failing.

These days, I really respect anyone who can squeeze $1,000 a month of EBIT out of the internet, especially in just a few months from launch. That amount of money is more than many people in emerging economies earn. In places like the US and Australia, $1,000 a month can mean paying off home loans, car loans, or fun money that one otherwise wouldn't have had.

I knew people around me making millions a year doing similar things to me. Since I wasn't, I felt like I was doing it wrong.

There are a lot of terms thrown around these days — lifestyle businesses, passive income, and so on, that I think are abused.

They're usually paired with a stock image of someone sitting by an ocean, sipping fruit juice, with a laptop beside them. (Never mind that there's no charge, probably low data signal, and there's sand in the keyboard...)

The reality of lifestyle businesses and passive income businesses is of course very different.

Firstly, a "lifestyle business" is really just a business you enjoy running intrinsically so work doesn't feel like work. When I write about language learning or motorcycles (or fitness sometimes) it's so fun and natural that I don't feel like it's "work".

Plus, I do it from wherever I want, whenever I want.

But I still "work". If I stop publishing, my revenue will flatline and maybe go down. So nearly every day I learn, do, or write something related to one of my websites. And I love it — I find it truly relaxing.

Finally, a lifestyle business is basically one where you don't feel social pressure to make millions very quickly.

When we travelled to cheaper countries, we found we only needed about $50 a day to survive between two people. We needed $100 to be comfortable — a bigger place and better food. Our budget was very low.

Even if we lived in Paris, we'd need "only" about $10K a month. That's really very little compared to the numbers we felt social pressure to be earning as tech workers in silicon valley, where if you earn less than $XX a year you're "undervalued" and could "do better".

Breaking out of that cycle and really figuring out what we wanted and needed for that was (and is) one of the hardest parts.

So for me, my strategy became

And let me re-iterate: very few people work from the beach. It's sandy, noisy, the signal is often bad, it's hot... but it does look good in photos. My favourite place to work from is the public library. I've tried the beach and it sucked!

When Jo and I started Disco Media in 2018 (which was then just one blog called Discover Discomfort) I made a resolution for us both: to keep doing what we were doing for much longer than we thought made sense.

The #1 reason things I had launched in the past had failed, I surmised, was because I stopped doing them.

So my new plan was to start doing something and keep doing it. Not blindly, of course. I'd do it in an analytical way, observing results, trying not to get lost in the noise, and being open to having to change things.

But we stuck it out anyway. I took consulting jobs to replenish the coffers and we diversified our income streams — buying and building more blogs and using more ways to get money.

These days our the website that started as Discover Discomfort includes

As of mid-2021, we are "lower middle class" in income (which means rich in Thailand or Taiwan!). It's not bad; but the trajectory is still promising. It shows that we might be at our goal by the end of 2022. A few years — and 4-5X the time investment — behind, but still there.

We've invested quite a lot into the websites — and also built a few that didn't go anywhere. But the fact that we have a livable income now means that we own assets worth between $250-500K, which considerably outweighs our cash investment (not including the foregone wages).

So what's next? Definitely will include three things

Not really sure what the balance will be — but any of those is a step forward. 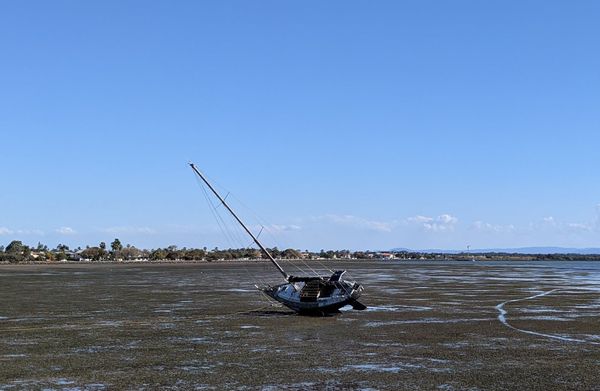 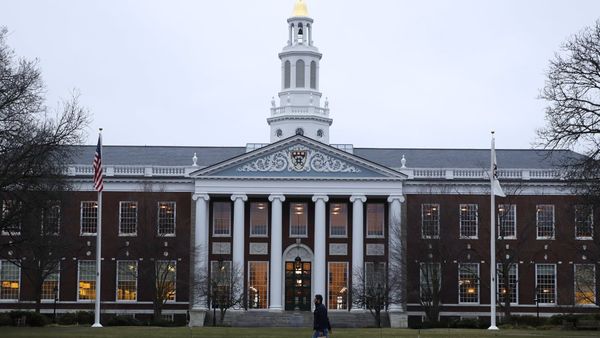 Ten alternatives to an MBA that I think are more useful in people's careers.