Anyone who's walked into an Apple Store will have seen the beautiful screens of the iPads coupled with their keyboards and thought... wait, can I replace my MacBook with something lighter and more focused?

I've been down this path myself. There have been a couple of periods when I've had to take my MacBook in for repairs, and haven't had a backup computer (I now do — a Google Pixel Slate, which I adore).

In those times, I took advantage of Apple's generous return policy to buy an iPad and really put it to the test as my sole computer.

Both times have failed. The latest is with iPadOS, so I thought I'd pen why it didn't work — for me.

The Short Answer to Whether iPadOS can replace a Mac: "No", for me. But... nearly.

The short answer is "No", an iPad with iPadOS couldn't replace my MacBook. Not for most people with mildly professional use cases.

I've tried to replace a MacBook (a Pro) before with an iPad before. That experiment failed for my use cases as a writer/blogger, spreadsheet monkey, occasional slide-maker, and sometimes coder. In that case it was with an iPad Pro, a 2016 model. Not much changed with newer hardware before iPadOS.

Things changed with the release of iPadOS, so I thought I'd give it a try again when I had to take my MacBook Air in for repair.

What I tested on the iPad with iPadOS

I do a lot of different things with my computer devices, so this is what I tested.

By the way, this is why I use Ghost on this website.

What has improved with iPadOS

Where the iPad is better than a MacBook

There are a few important ways where the iPad with iPadOS is better than a MacBook or many other laptops. I wanted to acknowledge these first.

The battery on an iPad seems to last forever, even compared to the latest generation MacBooks (including Air and Pro models). I can start work, walk away, pick up my iPad and take it somewhere else and keep working, and it seems I only have to charge every other day.

Part of the reason for this is it doesn't run a bunch of apps at the same time and seems to be good at efficiently managing power usage for each app.

Further, a huge power drain on my MacBook Air is the browser — Chrome. I rarely have fewer than 10 tabs open, and usually have 20 or more. It's always the number one power user in

This is starkly different to the MacBook Air I use, where I definitely need to carry a charger "just in case". Some apps on the MacBook Air just consume a lot of energy unless they're shut down (regular culprits are Google Chrome, Adobe Photoshop Lightroom, and Google Drive).

The iPad's Smart Keyboard is Great

The Smart Keyboard is a little flimsy feeling, but it's better than the keyboard that used to ship with MacBooks in the past, which felt like typing on glass. I find it easy to type on the Smart Keyboard.

The Smart Keyboard is also a distinct improvement on how I used to type with an iPad with an external Bluetooth keyboard (which was also great, but much less convenient).

This is subjective. But Macs feel like work, mostly because most modern tech companies provide them as the standard work hardware.

But using the iPad always feels like fun. It's better for things like Netflix or using it to do a Yoga video (don't hate me). And doing those things consumes less energy than it does on the Macbook.

The iPad is a Great Display to Read Off

Reading recipes off it without worrying about the keyboard (which is waterproof) is great. Watching things on the iPad while it's on a stand is also a lot of fun.

The iPad is good for monotasking

Even though people make much ballyhoo about multitasking, I find it much easier to focus when using an iPad. It's very good for just having a couple of active apps.

What Was Just Fine About the iPad

Most Websites Work a better on iPadOS... but still not perfectly

Most websites work fine in the iPadOS' Safari browser.

However, because of the quality of apps for iPad, for my most regular daily stuff (like banking, trading, etc.), I often used a dedicated app. Websites would be for web-only content like blogs, forums and Google searching "best British comedies of the 1990s".

You can block ads in Safari, but you can't block them anywhere else. Using a VPN like NordVPN, I can block all ads everywhere on my MacBook (plus on my Android phone).

Apps — No improvement with iPadOS

The situation with apps hasn't really changed with iPadOS.

Yes, apps run a little faster these days, and they may have improved — but in sum, the iPad is no more or less a laptop replacement than it was previously on account of apps.

What didn’t work on the iPad with iPadOS (Deal Breakers)

Browsing Websites with iPadOS — No real change with iOS

The good news is that most websites now work with iPadOS!

The bad news is that it's still far from a desktop-class experience.

I tested the "Desktop-class Browser" with various heavy websites like:

While every website works, they would have niggles, like it'd be hard to activate context menus, they'd constantly prompt me to run the app, or they'd run slowly or stall frequently. Basically — iPadOS's Safari is NOT a desktop-class browser.

Another way in which it's not "desktop-class" is that it struggles to manage memory with more than just a few tabs open. Even on a Chromebook with 4GB ram I can have around 10 tabs open, several of them very memory-heavy web-apps.

Google Sheets on the iPad is Slower and a Deal-Breaker

Editing or inputting data into Google Sheets is slow, painfully so. While the app is somewhat rich, the way you interact with it via keyboard is slow.

Using iPadOS Safari to use desktop Google Sheets was not a practical experience. It was still slow, and would ask me to use the app.

Using the app with a keyboard is frustrating. Navigation, selection, and doing editing in-cell is far less practical than on a laptop. This is an area where the Chromebook shines.

I can’t even imagine making a Google Sheets model using an iPad — even a simple one. This was a deal-breaker for me. I need to make models for so many things, from my own startup ideas to tools I’d use for business management.

The answer I'd hear from Apple on this is that third-party websites and apps are always slower and that I should use Apple's spreadsheet software.

iPad's file management is no better

iPadOS brought improvements in file management, but it's really barely more clear than it was before.

There are so many places your files can go. I didn’t really have a framework for where I should put my raw photos, working documents for online or offline use, etc. I’ve worked with a lot of different devices, and this one isn’t thought out from a UX perspective.

Typing is Terrible on the iPad when I forgot the keyboard

I forgot the keyboard cover a couple of times I went out for the day and had to get by with the on-screen keyboard.

Typing is central to existing with a computer or tablet. It’s basically a non-starter to not have one there all the time. If I did this again, I'd get the keyboard cover and leave it permanently on it.

I don't like being forced into the Apple data-sharing ecosystem

Safari is so much better than Chrome for iOS (it supports Adblock, seems faster, and the automated password management works better as it also integrates with app passwords) that I felt obligated to use it for the proper experience.

But I didn’t like having the choice taken away from me, knowing that Chrome is better on almost every other device (Android phones, Windows computers, Apple computers).

Overall, I couldn’t do some things on an iPad with iPadOS, and I was less productive with other things. I concluded that an iPad is at best a secondary device and couldn’t be my primary. And I’m not that THAT demanding.

I ended up getting a Google Pixel Slate as a secondary device. More on that later. 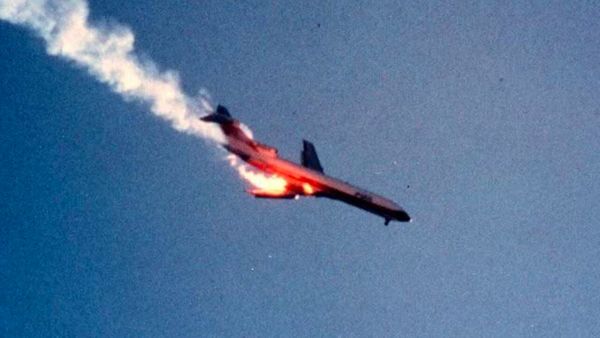 Five stories from my time at Bain & Co that reflect the reality of management consulting (from my experience). 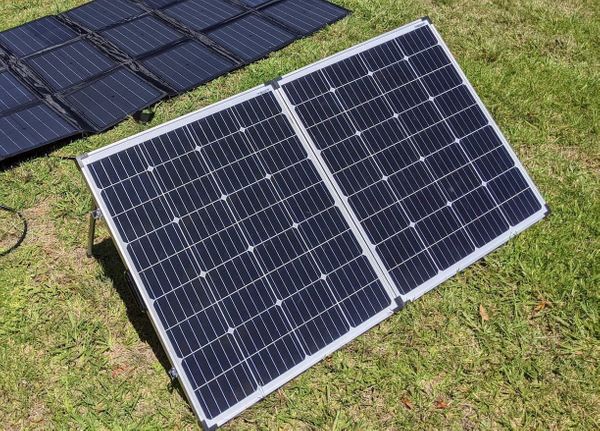 Quick review of the K-Mart 160W Solar Panel. Is it worth it?