There's an ad network we use on Discover Discomfort called Mediavine.

In brief terms, MediaVine is a massive upgrade for website owners from Google Adsense, and helps blog owners early potentially a LOT of money.

Blogs that use Mediavine to publish ads typically make between $20-40 per thousand sessions (RPM, or revenue per mille), something that's typically double or higher than what they were making on Google Adsense.

Given the requirements to enter Mediavine, this means that in their first month, blogs make hundreds of dollars — for many, a huge upgrade from other ad networks and from affiliate sales.

There are a number of things that make Mediavine remarkable as a company. These are things I'd want to emulate in any product I build. I rave about Mediavine, so want to note those things down here.

Mediavine started out as a small collection of blogs, including The Hollywood Reporter, back in 2004.

In 2013, they launched their third blog, a food blog. Very quickly, they noticed that their ad partners were not at all optimised to helping them make money on their food blog. So they developed a few algorithms for making more money with ads. Others noticed, and asked them for help.

So Mediavine — the ad network — was born.

All of Mediavine's customer support, messaging etc. is all about "How can we help YOU, bloggers like us, make more money?" And they give advice on SEO, content strategy, ad placement for optimal revenue without too much cost to user experience.

"Our mission statement actually has nothing to do with ads; it’s we help content creators build sustainable businesses." - Amber Bracegirdle, Co-founder (on SODP)

I really appreciate how targeted Mediavine is, too.

Their target audience member is someone who wants to make money from blogging via advertising.

The website builder who wants to make money from advertising is a special person. They're commercially minded, and yet don't have a product that's so focused that it lends itself to getting sponsored by one product, or selling that product via affiliate sales.

Having this much focus means they serve this target demographic extremely well.

Mediavine's product and support is outstanding

When you use Mediavine, you make about $20-40/thousand sessions.

Blogs in their first month (after qualifying) make usually about $200-400 with Mediavine, and then a year later make thousands then many thousands of dollars a month (if they follow a fairly normal growth trajectory).

Once you apply to Mediavine, getting ads installed is usually as simple as activating a plugin and going through a few steps with their engineers. The process takes 1-3 weeks because of a bit of to-and-fro but it's very easy and they help you.

Any question you have, you just email the engineers. These questions for many people range from

The engineers not only will help you, but can even go into your site to fix it. They recognise that every site makes them money, and want a happy network of partners.

The Mediavine team recognises that bloggers' success means Mediavine's success so they're always looking for ways to help.

There's a threshold to get in to Mediavine, which creates an air of exclusivity.

You have to have 25,000 pageviews a month just to QUALIFY, plus a few other qualifying parameters (e.g. a suitable industry and traffic from regions like Europe and the US).  Mediavine works on sessions, for a variety of reasons — basically they believe this is a better metric of visitors.

This threshold creates this effect of people aspiring to be able to join this ad network.

People start a blog saying "Only a few months to go and then I'm applying for Mediavine!" How amazing is that? It's people's goals to join this ad network!

Mediavine has a product people love to bits.

Many bloggers' whole aspiration in starting a blog is to make money using Mediavine, because the revenue is so great.

Then when they're in it they're like "OMG I just make more money every month doing the thing I love, blogging.

Just google "Mediavine income report" and you'll find dozens of websites that gladly want to tell everyone how much Mediavine gives them to continue doing what they love.

Mediavine doesn't have an affiliate network, so you can't make money by referring others to Mediavine.

But people just do it naturally anyway because it's so awesome.

Mediavine is growing, by my rough estimates (I note when they announce that their membership has increased) at a rate of about 20% a year. They got to their first 1,000 publishers in about three years after launching.

Mediavine still grows entirely by word of mouth, and doens't think it could even support more growth.

We don’t run Facebook ads, we’ve never emailed someone to pitch them... We literally have grown at the rate we’ve grown at by word of mouth... I don’t think that we could handle it if we actually did outbound marketing because we already grow at around 100 sites a week. Yeah. It’s just kind of funny because everyone’s like, “Well what are you doing?” Really what we’re doing is we’re just being good at ad management and also transparency. - Amber Bracegirdle, C0-founder (on SODP)

Mediavine rewards you for loyalty and for scale.

But for every year you stay, that cut drops by 1 percentage point, eventually taking their cut to a minimum of 20%.

Further, if you have a certain number of ad impressions a day (equating to about 500,000 sessions a month, by my estimate), they'll

The revenue share just increases the longer you stay and the more pageviews you have with them.

When you get in, you join this masterclass of amazing bloggers who are all qualified to enter.

Members of the Mediavine Publisher Network join a Facebook group of some 4,000 very active members.

All members of the group all have the minimum sessions/month threshold just to get in, so they're not blogging noobs. And many have MUCH more, like millions/month (and so those blogs make 10k+/month just on ads).

It's inspiring to see the kind of numbers people at this scale have!

A brief overview of Mediavine

As if that weren't amazing enough, Mediavine is wholly owned by its founders. They never took any venture money.

Mediavine (the ad network) was created in 2013 by Eric Hochberger, Stephen Marsi, Amber Bracegirdle, Matt Richenthal, all of whom seem to actively be still involved (well, they post in the group! though I don't see as much from Stephen Marsi).

Today, the whole team is a massive 51, a team size which has been growing as the company has grown.

Get my latest posts. Days of work go into each one. 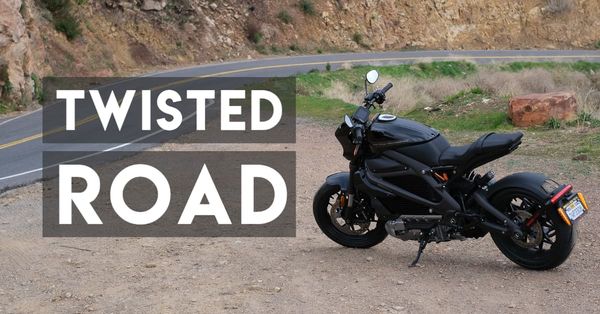