Why, in an age of scraping data from websites, advanced business intelligence, and abuse of innocently resting RESTful APIs, as a professional manager and operations consultant to tech companies, I still count things by hand.

In my professional life, I've basically always been a consultant. This means a lot of things, but for me, it means: embedding myself in a company and working on one problem that nobody else has time for, because they're fighting daily fires just to stay alive, but whose solution will mean life or death for the company.

This has included, just to include a few random examples:

To answer all these questions, I needed data. There are two kinds of data I needed: a) the kind I download from systems and databases, and b) the kind I can only get by visiting a place, seeing things in person, and nearly every time, counting them by hand.

I'm talking here about data that's "readily accessible". The stuff that startups store because, well, engineers make databases, and so they store data.

The problem is, data collected by engineers (and much less their visual representation) isn't designed for solving operational problems. Most data systems are built by the same people who build the software. It's designed for capture, manipulation, and display of user and application data.

So for example, in the scooter company I was consulting to, it was very easy to get information like

But it's harder (or impossible) to answer questions like:

None of that information was collected, much less tracked. If a scooter was stolen, it'd be marked as "lost", a catch-all for a variety of statuses. That's all you need for the app to work. But it's not enough to run a profitable business: understanding why scooters are lost or stolen, where, how often, and how to prevent it.

So to identify scooters as stolen, we had to use a bit of human intelligence. We'd look at the data, combining elements like if a scooter has been offline for a few days, nobody has found it at its last location, and it's in a sketchy area, well... it has probably been stolen.

This then goes into a Google sheet, i.e. a "human database". (Because where else do you store data?). And it was on the basis of that analysis of analysis of data that we were able to make some decisions.

Ultimately, though, we'd have been better off if we started with the data we'd need to run the business, and collected that.

Second reason I count by hand: Data is often unreliable, and easy to second-guess.

Of course data is perfect. It captures a state in its entirety.

The problem is really with us humans.

The first problem with data is we often just don't give systems data. For example, in a motorcycle workshop, in theory you should log all activities involving repairs. This BMW model came in, and it had these problems, and took this time, and needed these parts, and these were resolved, then these tests passed.

Nobody does all of this. There are many reasons, but it generally comes down to "trained laziness".

I don't mean people are lazy inherently. We're just less inclined to do things that have no apparent value. If counting something seems (and often is) like busy-work, people don't do it. And most data entry seems like that. The explanation from the bean counters of "we need good records" just isn't enough.

In the above example, a good explanation for counting errors is "so we can see what more parts we have to order in advance, so we're never caught short-handed", or "so we can make sure our mechanics aren't overworked, and we can decide to hire more if necessary".

The second problem with data is we (as analysts) don't know how to talk to data systems. I've seen countless analysts (including myself) tripped up by things like queries with errors in them, chart formatting mistakes, or simply querying the wrong things.

Compounding that, I often don't know the weird intricacies of how data systems are built. This includes everything from

For example, early in a project at Lyft I was trying to figure out survey response scores for some of our physical sites. How did people get the surveys? They got them by text message. And how were they sent the text message? By the agent.

In other words, the data was riddled with inconsistency. It's part of the reason I set up the automatic SMS sending software that became known as the "Dana Server" at Lyft.

Third reason I count by hand: Someone is always massaging data to tell their story.

People who have never really been much around science like to think that science is some perfect universe, where numbers tell an entire story.

But just spending a little time in the science world, you'll realise that scientists feel comfortable with saying things like "margin of error", "certain within a reasonable range", "in a statistically significant sample of cases".

There are so many problems in all of this. There's even a large scientific movement against the abuse of statistical significance.

Look at this same statistic presented in a few ways:

Basically, the same basic statistic can be shown in many different ways, depending on your agenda. Science isn't pure science; it's just a tool for organising communication with humans, and we are organic beings governed by emotions.

Fourth reason I count by hand: Data is always less memorable than people.

But at very least, data is best backed up by a visual, a real description, or an anecdote.

For example, when comparing market share of two scooter companies, you can either plug into the API of various companies and scrapedat, or you can go out and see customers using scooters.

This lets you tell a story like: "I went out on the street and watched scooters. I counted 40% using private scooters, and of the remaining, 50% were Lime. I then asked them why they liked Lime and..."

We actually did this, and the results were enlightening. Short answer why people use Lime: they were first, they're everywhere, they're fast, and they're comfortable.

The general concept of "counting things" extends to asking people questions. Getting direct quotes from customers is a little harder than just reading a chart, but the ROI is incredible. Because it lets you add flesh and blood to cold hard numbers.

For example, which do you think is most powerful?

Or which of these two:

When management is presented with numbers, they understand it, but it's anecdotes that they really connect with. When they share anything with others, it's either one very high-level statistic, or quotes and stories.

Final reason I count by hand: People see you counting and it creates change

If you count by hand, or ask other people to, it repeatedly re-emphasises the importance of whatever you're counting.

In one project, I started asking a couple of questions

On day one, the people said I don't know, and made up a ballpark number. I drilled a little further for specifics. Days two through thirteen weren't much better. Often they'd count what they had in front of them and try to remember what was happening before. Sometimes the person wouldn't even be in the office and would go off memory altogether.

But after about two weeks, it started to change. They realised I wasn't going away, and that they needed to have some ready answers for me when I asked.

My goal wasn't arbitrary counting by the way, it was just to make sure we were fixing at least as many as were breaking, to take down the inventory in the warehouse. The team knew this. When they had the numbers in front of them and saw they were achieving this goal, they knew they were on track.

"Counting stuff by hand" is so powerful and so simple that it's almost my mantra. Even in the digital world it's a metaphor. Pick a metric that describes the problem, and go and get the information I need to to fix it. If that information is digital, I'll get the data into a Google sheet and analyse it myself — not be content with a BI analyst doing it for me. It's more a mindset of taking responsibility for the information that makes up our decisions.

Try it... I'm curious to know how it works for other people. 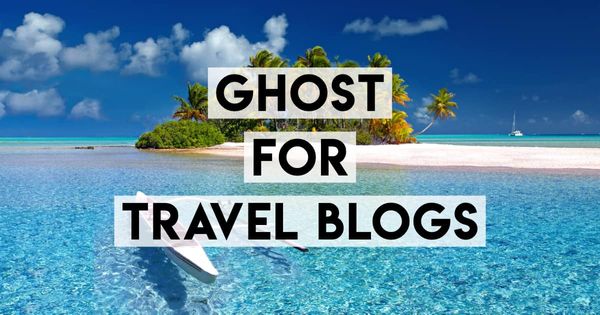 WordPress is great, but Ghost is beautifully simple. But before deciding to use it for your travel or lifestyle blog, consider whether Ghost is your best option. 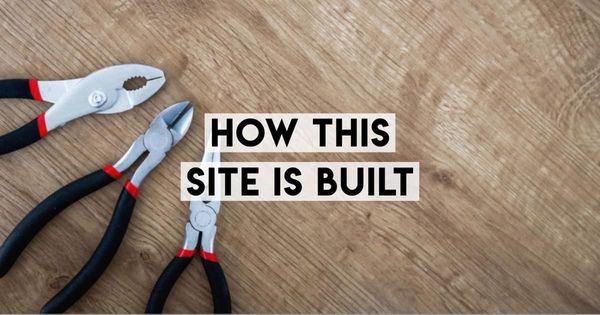 How the Hooshmand.net site is built: using Ghost, DigitalOcean, some customisation, and Cloudflare.