I write a lot of positive articles on how to do things. But it's worth noting how not to do things sometimes. Because, shockingly, most people do the wrong thing, it seems.

Imagine if someone walked up to you at a party or conference and said:

"Hi, my name is Dana McAwesomeson! Yes, like here on my name tag. Now here are four reasons why you should be my friend — and I promise you'll find it profitable — at ZERO cost to you. That's right, zero cost! If you want to continue this conversation, just reply 'yes'. That's all!"

Or imagine you were on a date and the person you were with just wouldn't stop talking about themselves.

This is what most people pitching their business to me are like.

I'm constantly shocked by the spam sales letters that come into my inbox from even quite reputable companies that just talk about themselves and never once bother to talk about me.

Sure, we're not the biggest company in the world. Right now, we're quite a young publisher. But we do make money and buy services with them.

And it's so easy to do research on us. We're a publishing company. We publish everything about ourselves. We have quite long "About Us" sections on every website we own! And still, people writing sales letters don't bother talking about us to get our attention.

The only lesson I remember from the "Seven Habits" book is the power of saying someone's name and saying it often. Yet we get sales letters that don't even do this — they don't mention my name more than once (if that).

Let's look at a case study — the email that just landed in my inbox. It's the third or fourth of today.

Here's the most recent sales pitch email, which has a lot of things done incorrectly that are worth analysing. It's anonymised.

My notes are included [in brackets].

Good afternoon! [I'm almost definitely not in your time zone. Also, how do you know what time I'm reading your email?] My name is John Johnson [I know your name, it's in the email] and I work for Blah Incorporated.

I wanted to reach out and connect with you ["reach out and connect with" means "write to", and you've already done this] regarding a partnership opportunity for your online publication. I'm a Publishing Coordinator [doesn't need capitalising] at Blah Incorporated, a full-service digital marketing agency. We have developed a no-cost publishing program that focuses on independent publishers and their digital needs. [You don't even know what my needs are.]

... blah blah blah another paragraph saying why this thing is awesome...

I have done some preliminary research on your site [no you haven't] and I believe our content would be a great source of quick, digestible reads for your audience. This also helps keep readers on your page for longer due to being a result of more "general" [doesn't need quotes] queries in a google [unlike your title, the name of a company should be capitalised] search. In addition, our content would be an excellent source of supplemental content in a time where things may be a little busier than normal due to current events. [This sentence is more vague than most horoscopes and should have been omitted]

At your earliest convenience, I would love to learn more about Motofomo [What! You haven't even read the website?] and share more about how Blah Incorporated's program could help.

Firstly, I just can't stand it when people start emails with "My name is..." You don't need to. This is an email. Your name is right there in the "from" section. It's not like we're meeting at a social event. Think of a better intro.

The rest of the email makes it very obvious that they don't know anything about our company, and are just interested in talking about themselves. They're putting the burden onto me of me pitching myself to them.

Finally, specifically to our industry, I'm disappointed that nearly every person who pitches copywriting services has typos or grammatical/syntactical errors in their emails. Unnecessary capitalisation, punctuation, or just lazy, wordy copy — the above is guilty of all three. If you can't write an email pitching writing an article, how could your company ever write an actual article?

Other things people do wrong in sales emails

One company (Ezoic, an advertising company) wrote me a targeted letter to which I actually responded. I was so impressed!

But then I was disappointed when a week later their follow-up robot wrote to me. I think it's because I block tracking cookies, so even though I responded, their system didn't think I opened the email.

So despite my having replied with a friendly email, they wrote "Hey! I haven't heard from you, so I thought I'd reach out again." Marked as spam, opportunity gone.

The closest a copywriting company ever got to pitching me was a targeted email that spoke about how a writer's services were relevant to our website. I replied, but the email bounced.

Why do people write non-targeted emails?

If non-targeted emails get a 1 in 1000 response rate, but you can send 1000 a day through an automated system, then you may get one lead a day.

If targeted emails get a 1 in 10 response rate but you can only send 5 a day, you only get one lead every two days.

The stats might be different, but the point is — if you assume an unlimited pool of leads, then non-targeted emails sent by automated systems will always be more efficient.

My intuition tells me that the targeted emails would be much higher quality.

And of course, leads aren't unlimited. In a world of limited good leads, every lead counts.

I remember reading about a study that gave a similar explanation for why people tend to just write "Hey" as an opener in dating apps. Even though it's lame, it's easy, and you can churn out 20 without a second thought. Of those 20, a couple of similarly lazy people might respond.

By contrast, writing a wordy, targeted opening is much harder — you might write three, and then be in three conversations, in which you don't necessarily want to be.

Improving on this low standard is easy

Many people will take umbrage at this diatribe. You may be thinking: "Take it easy, Dana! These people have to make a living."

Firstly, I would take it easy if I thought people were trying their best. But they're not. They're not trying.

Further, I won't take it easy because I find it rude when people talk to me, but then just talk about themselves. Yes, I could just hit "delete". But don't put the burden on me to filter out your spam.

Finally, it's so much easier to do better than the above.

To write in the above "me, me, me" style is so unnatural that it makes me think that the person writing is a narcissist. This might be the case, but what's more likely is that the writer has taken a lazy course on writing sales letters that tells them to throw their intuition out the window and write like an ineffective robot.

If you met someone at a party, would you say "My name is John Johnson and here are 10 reasons why you'd want to be my friend"? No! I avoid writing rhetorical questions, but a counterexample is helpful.

Rather than the above, you'd say something about the person you're talking to.

If you know nothing about a person you meet, you'd say "Hi! I'm John," and then try to get them to talk for as long as possible about themselves.

But even better, if you know anything about them, you'd say:

"Hi there, you're Francine, right? I heard about you! I heard that you are a Judo instructor/parent to triplets/bake fresh sourdough bread every day/ride a high-power motorcycle everywhere. Is that true? That sounds really hard! What's it like?"

By knowing just one thing about that person, then acknowledging that it's challenging and awesome, and then getting them to talk, you've probably gotten further than you ever would have if you had started just talking about yourself.

At Bain (back when I was a professional suit), before even being paid a cent — or often before ever being paid — we'd spend weeks putting together a pitch deck for a specific offering. We'd pull whatever company or industry data we could find and specifically suggest how we could change things.

Of course, those were bigger stakes. If we were a big public-traded behemoth, I'm sure pitches would be more targeted.

Similarly, when I used to write job application cover letters and attend job interviews, I would write/talk about how my past experience and skills would specifically help the team/company I was applying at. I never talked randomly about myself in the abstract.

Sum up: Talk to me about me

So I really hope the next email to me will be something like:

"Dear Dana, I just read *this article* can't believe your company has made X profitable websites and that you're growing at Y-hundred percent year on year. That sounds like a distant fantasy for me. What does it feel like to be in your position??"

I'd reply to that. Then you can sell me whatever the hell you want.

Some people do write to me like that, by the way. I love it. I've done all kinds of things with/for them, like help with business problems, send backlinks their way, or consider partnerships.

But somehow, for the majority of companies, I think I'll still be hoping.

"Well, I haven’t organized anything, so I was hoping this could be a general exchange of ideas on any subject." 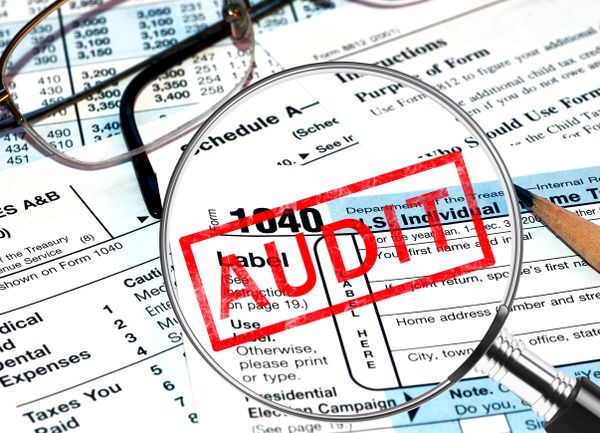 If you want to start your own business, be prepared for the worst parts.