This post is part of my series on digital investment. See here for an overview. More articles on investing in digital assets coming out every few days.

In a previous article, I talked about the various places you can buy a website. The best one for most amateurs (and even semi-pros) is a brokerage.

I'm not saying this because they pay me a commission. In fact, they don't! (Later, they might, if things go well... but I'll have already written this and promise to keep it neutral.)

Brokerages themselves do charge a commission. Obviously, that's a downside to buying through a brokerage. But the upsides to using a brokerage to buy an online business are many:

But anyway. There are a few brokerages out there, and I think it's worthwhile to do a comparison between them. They've changed over the years, so this is the state of play of late 2020 and of 2021 — the world of website and digital asset brokerages.

In this guide I'll compare...

Then sign up to my email list. I'll send articles on digital investing, and occasionally other topics. If you like, you can also keep checking back at this topic, or visit the Digital Investing Overview page.

The website brokers I'd recommend for most people getting started out are:

I'd also recommend people sign up to Flippa and look through the alerts, and to browse the listings on Quiet Light, to get a feel for every end of the market.

I've put more detail on each of the brokers below. But the reason I like Motion Invest and Empire Flippers for most first-time buyers are that:

That said, the others are suitable for some other people. E.g. if you want a starter site, go to Flippa; if you have millions and want to deploy it all in one shot, go to Quiet Light or FEI (or some on Empire Flippers, too).

I'm not saying either that every deal on Motion Invest or Empire Flippers is a good one. But they're places where I think that if you consider your needs carefully, you're unlikely to feel like you've been screwed over.

You don't even necessarily need a website broker. But if you do, those are good places to start.

Flippa is the original website marketplace, so I'm mentioning it first.

It was spun off from SitePoint in 2009 — originally it was the SitePoint Site Marketplace.

They sold over $100M worth of websites in the first four years (by 2013) — and probably have done many times that figure since.

Flippa has a bad rap among people who buy and sell websites. If you're a first time (or early-stage) website buyer, then I'd recommend that a) you look at Flippa but don't buy anything here.

There are a few reasons to avoid Flippa as a first-time buyer — other than as a researcher.

A few points in flavour of Flippa...

I would no longer describe websites sold on Flippa as "junky". Those days are gone. I see a lot of legitimate assets for sale there.

Empire Flippers penned a post in mid 2020 detailing the problems with Flippa. It's fairly balanced, and offers a path to improvement.

The surprising thing is that now, in late 2020, Flippa has already implemented most of those improvements. They verify earnings, do more vetting on sellers, and have curated listings.

The only problem, for me, is that there's still a LOT of combing through to find good deals. You don't pay as much of a commission, and in exchange for that, nobody holds your hand. There's nothing wrong with a bit of hand-holding in the early days.

Empire Flippers was founded by Justin Cooke (CMO, though because of his marketing role he's everywhere you look for info about Empire Flippers, so I assumed he was in charge), and Joe Magnotti (CEO). They founded their company in 2011, and have since done over $100M in website sales.

Justin and Joe are both good, helpful people. It's reflected in the tone of their comments on public forums like on Reddit, and in the culture of the company, which is high-touch and very friendly.

The Empire Flippers team lives all over the world. Joe Magnotti lives in the Philippines. My various agents ("Business Analysts") have lived in the US, Colombia, and Turkey. They've grown massively — only in 2016 they only had 10 employees; now they have over 60.

Generally speaking, Empire flippers is much more hands-on than Flippa. Flippa didn't vet their sellers (until recently), and so developed a reputation for being a scammy marketplace that was great for sellers and not good for buyers.

Empire Flippers is not good for scammy sellers, but good for legit ones, and great for buyers.

I've bought one website through EF (and made offers on many more... one of which was accepted, but which fell through for me). It was a very educational process, and I learned a lot about what I should consider in future purchases.

It's easy to create an account with Empire Flippers and start viewing listings. I'd recommend it for first-time buyers. You may not buy the first site you inspect, but after three or four inspections you'll get a feel.

Motion Invest is founded by three people who are very experienced in buying and selling websites.

The three founders, Jon Gillham, Spencer Haws, and Kelley van Boxmeer, are all experienced at income sites, marketing, and blog building. They made a career out of buying and building sites, and made Motion Invest as a vehicle to buy and sell their own sites — and opened it up to others at the same time.

Motion Invest is a little different in that it's a bit personal. The founders put up sites that they've worked on themselves, and they're known in the site building/selling community — so their name is on the line.

They're also different in that they focus on the smaller fish — sites in the $50-2,000 per month income range. To be able to sell sites in this range profitably, they hold your hand a lot less. Like, they won't change over all your Amazon affiliate links like Empire Flippers will. But they WILL give you detailed guides on exactly what to do.

On that note, sites sold on Motion Invest generate income. They're never just starter sites, like you see on Flippa.

Also, because the websites are ones they buy and sell themselves, the websites get the same vetting that they'd give to something they buy themselves. This isn't exactly the same as the vetting you would give a website, but it's a pretty strong vote of confidence.

One special thing I like about Motion Invest is that many websites sell through a Dutch auction process, where the price ticks down every pre-determined period.

Quiet Light was founded in 2006 by Mark Daoust, who had at that point sold his own website, and helped one friend sell one website. Today, they've sold over 600 businesses with over $300M in total transaction value. I'll do the math for you — that's an average of $500K/business!

They have an impressive team of advisors, all of whom are former entrepreneurs who have built and sold businesses, and some of whom have been involved in transaction work or due diligence focused on websites/digital businesses.

Because of this experience, the way they value businesses goes into qualitative stuff — it's much more than just revenue. (Other bigger businesses, like Empire Flippers, do this as well.)

I look through Quiet Light regularly. Most of the listings are way out of my price range, north of $250,000, which is fine if I want just ONE business to be my new life, but I'd rather have a portfolio. The one I did do some research on was a coffee subscription business which included assets, employment contracts, contracts with logistics providers, and a working business that was, unfortunately, losing money overall.

Generally I'd recommend Quiet Light for people who want to get one business to manage and just manage that. For example, if I were interested in doing a turnaround of that coffee delivery company, and nothing else, then that'd be an interesting purchase.

Investors Club is one of the newer platforms on the list.

It was founded by Andrej Ilsin, who also does Alpha Investors, who build you a bespoke affiliate site for a fee. I was curious about them, but a couple of poor reviews on Reddit put me off. I'd like to hear some compelling ones, because I was close to giving it a try.

The idea of Investors Club is promising in that it doesn't charge any listing fees or brokerage fees to people selling. Instead, they charge a membership to people who just want to browse the listings — and that membership is a whopping $127 a month! (or $1,270 a year)

This guarantees a lot of exclusivity, because it means the buyers (if any) are very serious buyers. This, coupled with the 0% brokerage fees, makes Investors Club very attractive for sellers.

The sites for sale on Investors Club do undergo pretty thorough vetting.

Firstly, they have to have at least six months of verifiable revenue and traffic — so no starter sites here.

Secondly, they have to be making $500/month (on average).

Finally, all sites sold on Investors Club undergo thorough "24-point due diligence", according to the verbage.

Site owners who want to sell on Investors Club pay a $99 diligence fee. This is refundable if the site sells (and if it doesn't sell, they pay you $199 back!). The money down means that people don't submit any old random revenue-creating garbage, I presume.

But for new buyers who want to dip their toes and just investigate what's out there, I'd say Investors Club is a miss. Spend the money when you are running your own fund and that $1,270/year is a tax deductible expense.

Have millions to spend? Tired of investing in the same old venture capital funds, private placements in eccentric offshore companies, or in your yacht or something? Then FE International may be for you.

I haven't specifically worked with FE International because I'm not in their price range. But it's interesting to know they exist because they are, like everyone else on this list, essentially a "website broker".

These days FE International calls themselves an "M&A advisory services" provider for "mid-market" companies. This is a loose term, but it basically means "not small".

The principal founder of FE International is Thomas Smale, who has a background in launching businesses as well as in investment banking (M&A).

The funny thing is that despite its presentation, FE International was once named Flipping Enterprises, before its incorporation and name change.

What about other brokers?

There are other brokers that come across my radar, too. As I hear about them, if I think they'll significantly add to this article, I'll add them. If you have one you think should be in here then please contact me. 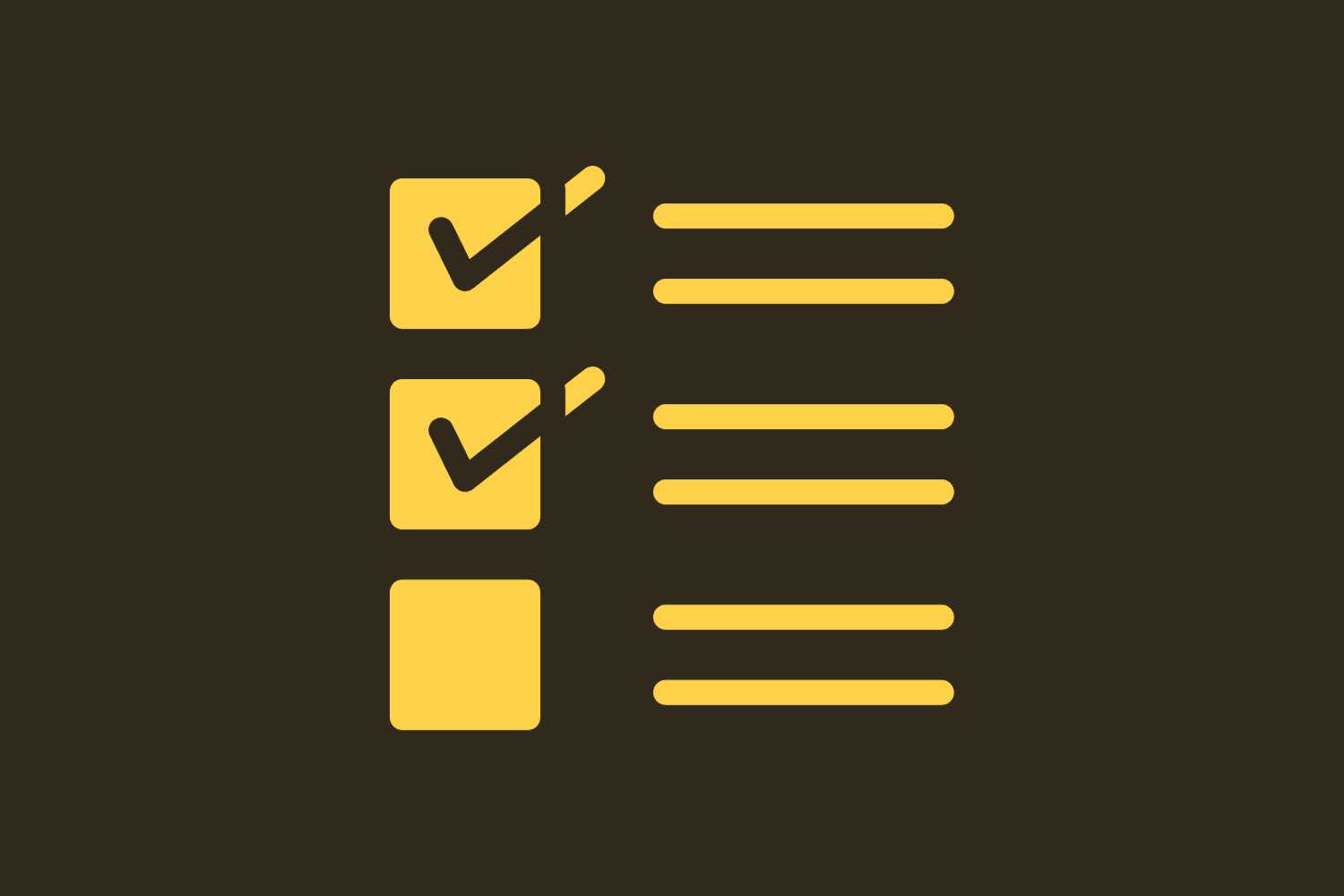 A due diligence checklist for buying websites online from Empire Flippers, Flippa, and other website brokers. 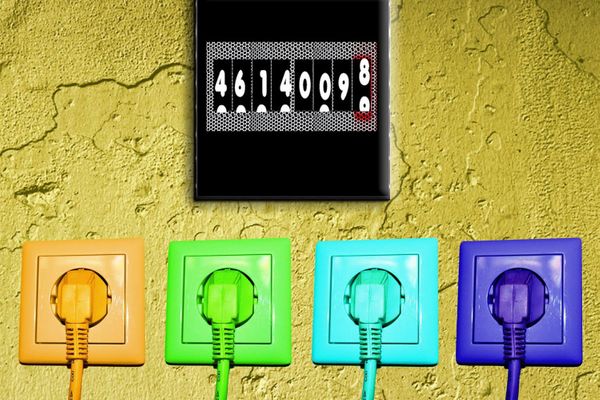 Comparing buying websites with properties, stocks, and other assets.