A very simple explanation (an ELI5) of how inflation works in modern economies, and how central banks try to reign it in and prevent deflation

Recently I heard someone claim that inflation was caused by the central bank printing money.

This is a common political trope. The general theory is that inflation is a tax that we didn't vote for and unjustly enriches a small minority.

Any theory like this that attempts to explain complicated things with a strong spin raises my alarm bells, so I decided to figure out what it meant.

The context was that during the 2020 COVID-19 pandemic the markets are dropping and economies are slowing. Buying is diminishing in most sectors, and people have been talking recession — or even possibly depression.

Here's my attempt at explaining these things simply — starting with inflation.

About me and what I (don't) know about economics

I'm not an academic nor economist.

I've got a good university education, a head on my shoulders, and the ability to write and make things sound simple.

I spend most of my time on this website writing about complicated things like startup operations, technology, and motorcycles — bringing the complex down to reality in everyday language.

So this is my version of "ELI5 Inflation" — the idea of inflation explained as if I were talking to a (pretty bright) five year old.

In a normal, balanced market (that's not run by dictators and that's not in the throes of revolution), inflation is caused by people wanting more stuff for their money, or spending money and not caring about what things cost.

So basically prices gently go up in a normal market as people either want more money, or want more stuff. Economists call this demand pull but I'm trying to avoid unnecessary terms.

The reason this is a "normal" market is that because equilibrium actually means gentle growth. It's OK to want more stuff. We always want stuff, it's a natural human function.

You can see how natural inflation is in the team-building exercise "Helium Stick".

In Helium Stick, a team of people is given a stick (like a broomstick or PVC pipe). Each person's hands must always be touching the stick, supporting it on everyone's hands. The challenge is to lower the stick to the ground.

The problem is, even keeping the stick at one steady height is very difficult. As everyone tries to keep touching the stick, they all exert slight pressure on it as they try to keep up. The stick starts rising. Soon the stick is magically over their heads and nobody has any idea how it gets there.

Inflation works the same way. Prices start going up, so everyone else starts increasing prices to keep up.

What "Good" Inflation Is

In other words, for the world to remain at equilibrium, we have to grow very slightly. This means we're all functioning normally as humans and wanting stuff, but are remaining sane about it.

There are a few reasons inflation is good, in general. The main two of these are that

It sounds a bit convoluted, but that's as simple as I can get it.

But how much is "good" inflation?

They usually hit these targets, too... roughly. Here's how well Europe (the OECD, or Organisation for Economic Cooperation and Development) has done with inflation targets over the last 10 years:

There's also the concept of deflation. This sounds great to a lot of people. Prices getting lower? Sign me up!

The problem is that since a steady economy means slow growth. So what happens in a deflating economy? Stagnation, bank raids, and hoarding.

In a society where nobody is buying anything, people also stop producing for other people. This means, in a nutshell (and I hate to be reductionist) that unless you're producing for yourself, you won't get electricity, water, or food.

The main way deflation happens is when people are too scared to spend money and nobody has money to buy things. This happens during depressions.

The consequence of that is that businesses make less money, causing lay-offs and people to have less money to consume food.

The worst-case of deflation is a spiral downwards as companies and people hoard cash and goods and the economy grinds to a standstill.

So, governments and central banks try to avoid deflation.

So we know too much inflation is bad and too little is also bad.

How can we manipulate inflation? Well in many ways, but the way reserve banks do it now is by controlling interest rates.

The central bank sets the rate at which commercial banks can borrow from the government.

For example, if the central bank sets interest rates at 1%, that's what Citi borrows money at.

Then, after borrowing money from the government at 1%, Citi either pays you 0.9% interest on your savings account, or lets you borrow money at 1.1%. They keep the difference.

There are two other tools used to affect inflation as well. These are:

Banks are supposed to keep a certain amount of the money on hand. If you've stored $100 with them, they don't have it locked away in a box — they only keep a tiny fraction of it (usually around 10%). The rest of it they lend to people or invest.

Reserve banks rarely use this tool — it's more a once in a decade (or so) tool. After the 2008-09 financial crisis, many central banks increased reserve requirements.

In response to the coronavirus pandemic, on March 26, the US Fed reserved reserve requirements to 0%. So they don't have to have any of the money that you have stored with them.

You might read in the news about open market operations. That's what these are.

When the central bank buys bonds from banks, the banks have more cash to loan.

Conversely, when the central bank wants to reduce cash in the system, it sells cheap bonds to big banks at prices they don't want to pass up on.

Wait, what about Quantitative Easing?

After the 2007-08 financial crisis, all the major reserve banks of the world - the US Fed, the Bank of England, the European Central Bank and the Bank of Japan — all launched quantitative easing (QE) programs.

Quantitative Easing is a blanket term for an expansive policy that is used to counteract a stagnant market.

Under QE, a bank can use any number of tactics — but the main ones are the ones mentioned above, reducing interest rates and buying huge debt assets (mostly Treasury securities).

The main risk of QE is that with more cash flying around, it becomes worth less, causing people to charge more and thus inflation.

Should you be worried about inflation during the coronavirus pandemic?

There may be some supply shortages, and prices will go up for some goods.

But three things will keep prices down.

In short, the world has been through worse crises. Every time, we learn something new, and we always bounce back. 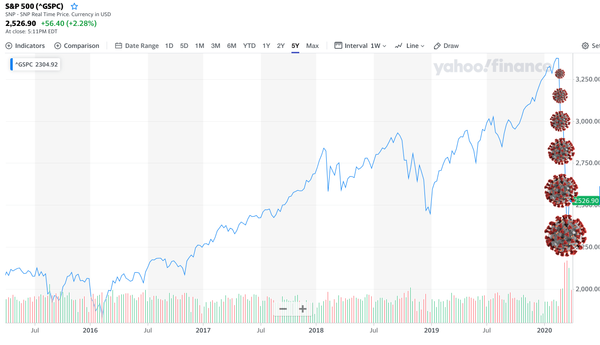 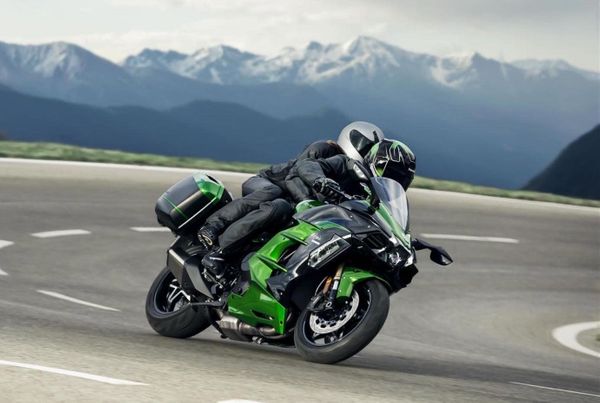 A comprehensive list of all the motorcycles with lean angle-sensitive ABS, also known as cornering ABS. Updated July 2020.