In Australia later this year I'll do some track days. Having lived in the US for a while, I'm aware of the usual suspects people refer to on Reddit as a good first track day motorcycle — the Kawasaki Ninja 250, the Suzuki SV650, or anything else you can get for less than US$2,000 and not fall in love with.

But I want to fall in love. Why not?

A "track day" is a day when a race course becomes open to the public, for riders of all skill levels.

It's a great idea to do one because

They're kind of expensive, though. They wear through tyres, you need a lot of gear, and you should do a bit of prep of your motorcycle just to do it. Ideally, you go with a trailer.

Or — alternatively, you can get an "all inclusive" package where they also lend you a motorcycle.

But if you want to buy your own motorcycle and thrash it, here's the guide below!

A first track day motorcycle is

For me, this essentially means just a few modern models, like the Kawasaki Ninja 400, the KTM RC390 and so on. These produce a healthy amount of horsepower, are light-weight, reliable, and handle well.

The problem is, they have boring sounding engines. They all are parallel twins or even just single cylinder (like the RC390). They're very easy to ride, and ultra-reliable. But... not that fun.

All of the below are Japanese motorcycles with four cylinders. They're quite rare in the US, but they're more common in Australia (though also becoming rare there).

With all of them, the best years are before 1993. From 1994 onwards, Japanese regulations enforced 250cc learner-class motorcycles to be less than 40 PS (or hp, roughly). Most of these made around 45 hp before these restrictions went in place. Given they're all old, a low-mileage, pre-1993 four cylinder is best!

Ah, the CBR250RR FireBlade, also known as the "Baby Blade".

Specs for the MC22 CBR250RR FireBlade:

The CBR250RR is not totally gutless down low. It'll pull you around, but won't be anywhere near as fun as when it's high in the rev range. The zero-100km/h (or zero-to-sixty) is around seven seconds.

A few things to note when buying a used CBR250RR

The Kawasaki ZX-2R was another four-cylinder 250cc motorcycle that's a scream to ride around with the engine singing.

It's a lot more rare than the Baby Blade, however. So finding one nearby in good nick will mean you'll have to set up a bunch of search alerts.

Again, this is much more common in Australia (or Japan). In the US, it's extremely hard to find one, and so probably not a good idea for a machine that you'll definitely drop.

Like other models, the power went down after 1993 by 5hp, so get the ones before.

The Kawasaki ZX-2R is quite rare but you can typically get them for under A$2,500 in good condition.

The Suzuki Across is much easier  to find, but generally considered a less aggressive motorcycle than theother two. It only has two carburettors. But it still produces all the power you need!

It was more comfortable than the CBR250RR and the ZX-2R, and thus was pigeon-holed by some as a "sport touring" motorcycle. This is helped bythe fact that there's ample storage in the rear, able to carry a full face helmet!

The main reason you can never call this a sport-tourer is it can only go about 130km (80 miles) before the fuel light comes on. That's avery short tour...

It's also slightly heavier thanthe others, because of its steel frame.

However, it's common, it's high power, and sounds great.

Key specs of the Suzuki Across GSX250

Some track day organisers offer packages where they'll rent you a motorcycle, gear, and  even give you training. It's not cheap — bike hire is typically around US$250 or A$400, but that gets you a late model 400cc motorcycle.

A few examples are 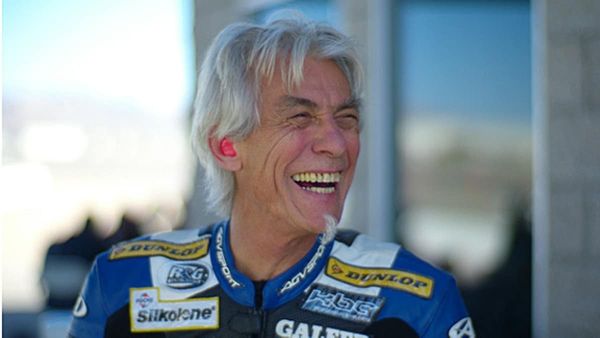 Business and life lessons from motorcycling and motorcycle racing: Review, notes and quotes from "A Twist of the Wrist" by Keith Code.

I often get asked to explain SEO. This is SEO explained simply, in just one, easy sentence.