I'm tired of the nightmare of selling used motorcycles. How can we fix this? It's something I've been working on and mulling over for a while.

I've sold over twenty motorcycles and nearly every time it has been a nightmare.

This is going to sound really familiar to a lot of people who've sold motorcycles. But bear with me, because I'd love to know the secret of making it NOT a nightmare, and that's the reason for this post.

But what I really want to talk about is a new way of doing it — rent to buy. Is this something worth trying? I'm going to try next time and see.

The problem with selling motorcycles

Many things go wrong when I try to sell a motorcycle online.

I typically experience one or more of the following:

Other situations I've read about (but that haven't happened to me)

I've had TWO good experiences selling motorcycles that are worth mentioning.

The second time was when I was buying a Triumph Scrambler EFI, more expensive at over $5K. It didn't sell for a while, but then it did to someone who really wanted it. The guy who bought it became my friend (hi James!).

I've also heard of others having good selling scenarios. Friendly people paying the full amount, not being jerks, being honest and transparent, and so on.

Other than those two situations, it's all the above, many times over.

How can we make buying and selling motorcycles better?

I believe the problem is a people problem, not a system problem.

If we're to improve the selling experience, we have to attract people who behave honestly and encourage honest behaviour.

How to attract honesty and good people is another question.

Many things don't work, including

I have three theories about how to make motorcycle sales better.

From now on, my own approach is going to be:

One Alternative Way to Sell a Motorcycle... Rent to Buy

The premise is that you can rent out your pride and joy for something like $100-200 a day. A princely sum that many motorcycle owners would definitely turn their noses up at!

But I think a better option is to use motorcycle rental platforms to let potential buyers test-ride your motorcycles.

There are many reasons this is a good idea.

Firstly, this lets people really figure out if they want a motorcycle — or pay you for the privilege of riding it.

Secondly, once you've decided to sell a motorcycle, you're probably detached enough to be able to rent it out without too many qualms.

Renting out a motorcycle is anathema to many owners. "Not my baby!" is people's first reaction, often.

But if you've already decided to move on... renting it isn't such a bad idea.

You might even make a bit of cash while you wait to get rid of it.

Finally, rental platforms take care of insurance for you.

If you let someone else ride away with your motorcycle, it's nice to know that it's fully insured. Both platforms fully take care of insurance for you — so that's one less thing to think about.

Renting motorcycles out... without a platform

In many countries, rental platforms don't exist. So how are we supposed to rent motorcycles out?

I don't expect people to set up company structures, get rental insurance, or set up rental agreements just to be able to rent motorcycles out for a day or so.

But you can definitely rent motorcycles out privately. You just have to be careful about insurance.

In Australia, for example, you can't rent out a vehicle if it's not registered for commercial use and insured commercially.

So here's the agreement I'd set up with the buyer.

Say you're selling your motorcycle for $5,000 (the full price), and you decided that $200 (extended test ride fee) is a fair price for a test ride.

If they crash it or if it's damaged in any way, they keep it, too.

The goal of the above is to sell the motorcycle, first and foremost. You don't actually have to let anyone rent it out. If someone comes along and they seem sketchy — bail! It's an entirely private transaction and it's up to you to let someone take it or not.

In the meantime, you may make a little cash profit for rental of motorcylces, but that should just compensate for the time and hassle of renting them out. 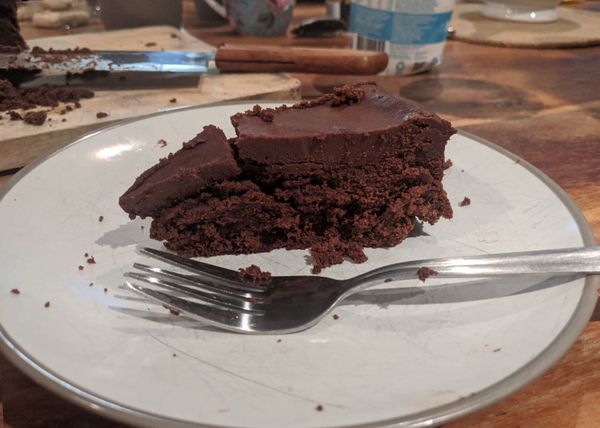 A brief departure from motorcycles and general mayhem... how to make the best cake in the world, Tartine's Chocolate Souffle Cake. 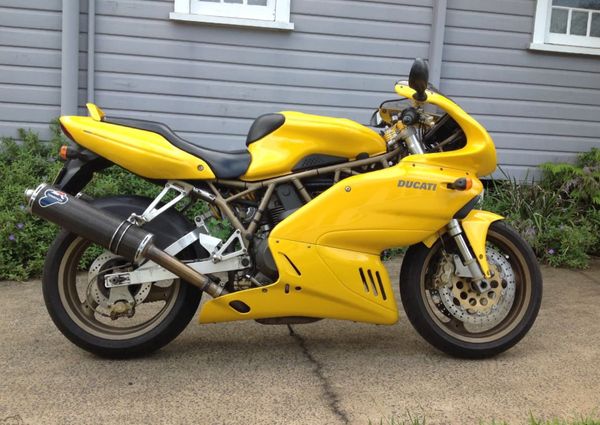 A Yellow Ducati 900SS Full Fairing for sale in Lismore for only A$6100.