The grass is always greener, they say. There are lots of motorcycles that you can get in Australia and Europe that you can't get in the USA, but which people on forums or review sites constantly are asking for.

We're not talking about the tiny 125cc motorcycles popular in most of the less developed world. Those might be fun (and you can get a few in the US), but they're generally unsuitable for America because of the high and loosely-regulated speed limits on the highways, where you need to go 85 mph to keep up.

No, the below are motorcycles you can't get in America that you actually wish you could. They range from big bruiser inline-four motorcycles, which never sold well because of the popularity of locally-made big-bore V-twins from Harley Davidson and Indian, down to screaming four-cylinder 250cc motorcycles, that just never sold well in general (probably because they didn't sound right going at 85mph).

Nonetheless, these all have cult followings outside America and people regularly grumble on forums that they wish they could get them.

The Suzuki GSX1400 is the torquiest of the big bore inline-four muscle bikes, compared to the venerable and gorgeous Kawasaki ZRX1200R (read this guide to the "Eddie Lawson Replica" machines) and the Yamaha XJR1300, another one only available in Oz.

Read this review comparing the three and it's easy to see why the Suzuki is king (or at least worth owning once). My favourite bit:

The ZRX is happy to pull top gear from 25mph and roll on to top speed with a minimum of fuss. The XJR manages the same from 20mph with added gusto, but the GSX slays them both with a gobsmacking performance which sees it cleanly hook top from below 15mph and accelerate away at a significantly faster, glitch-free pace. In these days of peaky, high-revving sportsters, that’s a welcome change.

In reality, the GSX1400 is an ENORMOUS motorcycle. Even for someone six feet tall like me it looks huge when I'm on it. And feels huge. Yes, it makes an incredible 126 Nm of torque, but it still has to pull its huge 250kg weight around (plus whatever I weigh). It's one of those motorcycles that feels very hefty at standstill and parking lot speeds, but very stable at speed — even when cornering at speed.

Anyway, the surge from the twist of the wrist in any gear is all I need to say. This is one of my favourites. And pretty easy to pick up for about A$5,000 in good condition.

Kawasaki W800: The Other Triumph Bonneville

Often compared to a Triumph Bonneville, the Kawasaki W800 it has a lot in common, but some important things that set it apart.

Both Kawasaki and Triumph have a lot of 'old motorcycle' history, even if the Bonneville popularised that style of retro standard more than any other model.

First the similarities... yes, the Kawasaki W800 looks a lot like a Triumph Bonneville. Sometimes better (like it lacks a few annoying details in the engine bay the Bonnie has), sometimes worse (like the tank badge). The engines are comparable (800cc or 865cc flat twin, 180 degree configuration; though later Bonnevilles went 270 degree).

The difference, however, is in the engine's traction power. The Kawasaki is geared for much more low down torque, in fact peaking around the 2,000 rpm level. It's not a high speed motorcycle (and is best ridden under 110 km/h or 65 mph). But that's exactly why it's great for Australia, where speed limits are extremely strictly enforced. It tops out at around 45hp, but with torque from down low it is fun where it counts.

This makes the W800 a LOT of fun to ride on back country roads, where you can wind out the throttle and push the soft suspension to its limits. When was the last time you rode your Yamaha R1 to its limits?

Wait, a CBR250RR? Yeah but no ordinary one... this one is a four cylinder motorcycle with a redline at 20,000 RPM. It SCREAMS. You could actually get this in the US for a couple of years (early nineties), but in Australia it was available up to the year 2000 (though was last manufactured in 1996).

The MC22 CBR250RR has a 250cc inline four, a racing pose, four carburettors and decent (not amazing) suspension. It has a whole slew of people who love them, and is one of the motorcycles people most wish Honda would bring back in new, fuel-injected and modern form. Not likely though, as the manufacturing costs for a four-cylinder are too high, and the market for a motorcycle this small is even smaller. People do the math and see a CBR600RR is only slightly more expensive, has much better suspension, and has much more practical day to day power delivery and choose like that.

But good luck keeping those under the speed limits!

I also like the retro racer look - reminds me of Japanese sports cars of the 1980s, which was my style.

One note: Make sure you get the MC22 and not the MC19. The MC19 still had a decent motor, but only had one front disc brake.

Honda CB400SF: VTEC you can actually (legally) use

One of my favourite motorcycles you can get in Australia is the Honda CB400SF in its balance of power, plus style that's to die for.

Produces a "ok, interesting" 53hp, which is more power than most 300-400cc motorcycles, though less than anything in the mid-size class (like a Suzuki SV650 - see our complete guide to buying and loving one). So it's not a 'small' motorcycle. It's fuel-injected and with dual overhead cams it revs quite well, with a red-line at a high (but useable) 12,500 rpm.

Yes, you can also get a Honda CB650F in the States, but it's frequently rated as being pretty boring. (Not exactly sure why.) Meanwhile, the CB400 calls back the CB1 of old, one of Honda's legendary original four cylinders, which revved a lot higher, but produced similar power. The CB400 has similar build quality but comes with fuel injection (pretty much a must-have for me... I don't like cleaning carbs if I don't have to, it's annoying).

But the best part of the CB400SF is the VTEC! Like in the VFR800, VTEC keeps two valves per cylinder closed at lower revs, only opening them up at high revs and high throttle. This means torque down low is maximised without sacrificing power up top.

The effect of opening up the throttle on the CB400SF on the highway is amazing. When you hit 6,000 rpm you just want to yell "OH YEAH VTEC BABY!" as the sudden rush pulls your arms back and lets you feel the motor rip. It sounds great too. You have to try it yourself.

The only downside to the CB400SF is it's a little compact for taller riders.

Functionally I'd choose this over the GSX1400 only if there was a better condition, better priced model available and not really worry about it.

Since the GSX looks just as good and produces EVEN MORE low-down torque it's just be a case of finding a deal that works, since not many of these are on the market in general. 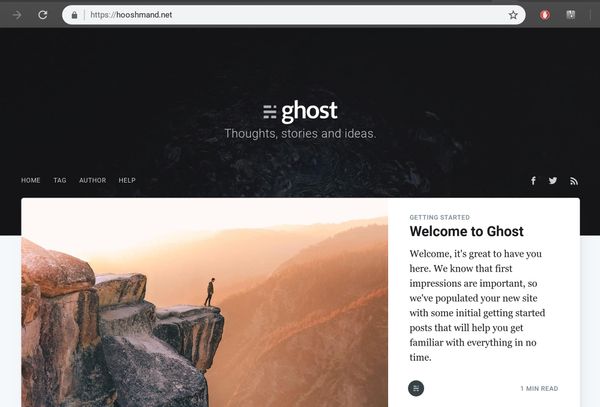 A complete guide on how to set up a second (or multiple) Ghost blogs or sites on one server, on DigitalOcean or anywhere else. 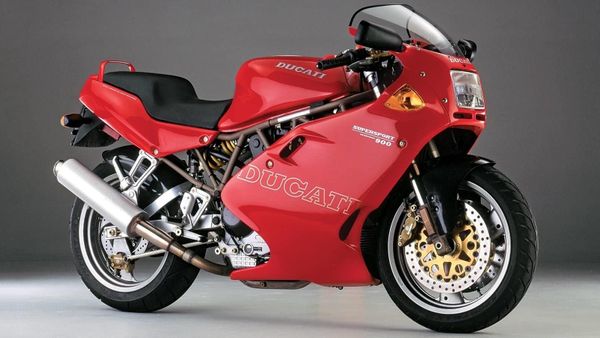 Looking for a reason to buy another motorcycle that isn't just "I just want one"? Here it is: you can earn passive income by renting motorcycles out.