With Lyft having gone to IPO today, it's only natural to be in a good mood.

But when I think back to my time at Lyft I think of almost anything but money.

One of the things I'm most proud of from my time at Lyft was, oddly enough, working out how to run a weekly meeting that people actually looked forward to.

That weekly meeting I ran was called the "Retail Hour of Power", and it is one of the things I most miss.

I miss that meeting mostly for the hundreds of faces from all over the country that would greet me on the television, most of whom I only got to see every six months or so.

I also miss it because of how much I learned about myself. I'm extroverted, but shy in crowds. I was intimidated, initially as a newcomer, to present to all these hard-working people across the country.

The last Hour of Power I ran had over 200 attendees — who didn't even have to show up — and the mass of whom caused our high-capacity conference system to be booked out.

But I learned a few ways to make a meeting that people may actually want to show up to.

One day, I was organising a fairly boring meeting about Zendesk (our customer support software). To get people to open the invite, I gave it as interesting a name as I could think of for a corporate email: "Everything you ever wanted to know about Zendesk".

This reminded me of one of my favourite movies of all time, Todo Sobre Mi Madre ("All About my Mother"), directed by Pedro Almodovar.

I had an idea: maybe I could encourage people to read the email with a mock movie poster. So I threw it together (see below, first one), and it was a hit.

I did it one or two more times, and suddenly people started complaining when I didn't.

Here are my favourites from my two years at Lyft.

As mentioned above, this one was about Zendesk (and processes for reactivating drivers).

One of my favourite films of all time is Todo Sobre Mi Madre by Pedro Almodovar. The content of the film is irrelevant. All I cared about was that the title started with "All about..."

Because All about my Mother is a bit of a cult film among a subset of the audience (those who like international films and/or speak Spanish) it got a very targeted response from them.

There Will Be Data

Based on one of Daniel Day Lewis' great films, There Will Be Blood.

Data was hard to come by in Lyft Retail (until I built the systems for in-person customer experience data capture), so getting data had at least as much impact as Daniel Day Lewis' iconic performance.

This was a poster that was easy to make because of the stark colours and because I found exactly the right font.

Fraud and Compliance in Las Vegas

I've never even seen Fear and Loathing in Las Vegas, but I've always loved its title. The poster looked like fun to doctor, too. The meeting wasn't even focused on Las Vegas, but hey, no harm in putting the spotlight on a team!

You Don't Mess with the Johan

This was based on a pretty niche film, You Don't Mess with the Zohan, about an Israeli ex-Mossad agent who decides he wants to be a hairdresser, and flees to New York to follow his dream.

Johan, our head of IT, was just like Zohan in that he was a nice guy that I wanted to encourage people not to mess with.

This one came as a special request from my friend Matt Turzo, who just always mentions Big Trouble in Little China. I haven't even seen it, but I'm sure it's almost as great as the poster I made. And he loved it so it's in this list!

Return to the Queue

People often requested a feature in our queue management software: "Return to the Queue". It only made sense to do a poster based on Return of the King.

Note: This isn't the original poster I made —  I had to re-make it. So the editing here looks a bit lazy. I've lost the original one I made for this, with some careful WordArt rendering for that 3D effect. It was better than this!

Guardians of the GPT

I had just watched Guardians of the Galaxy, far after its initial release, and so wanted to make a poster.

I just searched for a word in Lyft terminology that rhymed with Galaxy, and settled for the acronym GPT: "Guaranteed Prime Time", an old incentive for people to drive that is no longer used.

This was my simplest, but most well-received poster.

I based this on the scrolling text in the film Solo: A Star Wars Story.

Despite being the simplest poster, it had by far the best reception, because it spoke to the audience:

I can't credit my success at Lyft or the valuation of its IPO entirely to these posters, but... I will.

Why did I do this? (And maybe why should you?)

Meetings can be informative, interesting and entertaining.

I really like shows like The Daily Show or Last Week Tonight. I learn a lot, am glued to the screen, and laugh.

Most meetings are at least informative. Few are interesting. And almost none of them are entertaining.

There are lots of reasons why meetings are boring. They're stressful for those presenting. They are time-consuming for those attending. Nearly every company and every employee has too many meetings, most of which are superfluous.

Nonetheless, meetings don't have to be boring. Make what you have to say just slightly interesting and entertaining and you'll be way ahead of the competition. 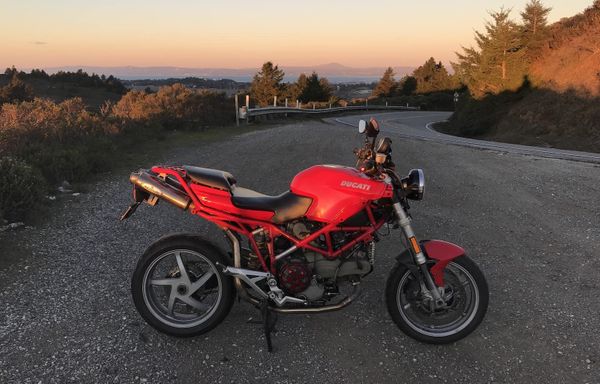 How to strip a Ducati Multistrada 1000DS naked and build your own Ducati Monster 1000DS. Not for the faint of heart. 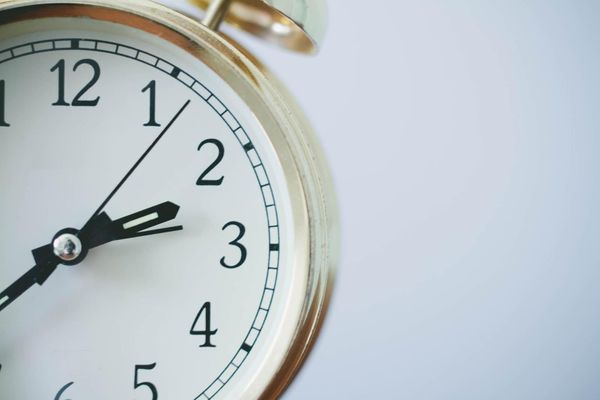 How to set expires headers in Apache. We host WordPress on DigitalOcean server, but this tutorial is relevant to anyone using an Apache web server who gets the "Set Expires Headers" warning or error.