As the stock market goes towards zero with huge fluctuations every day, many friends ask me: When will the market bottom out? And how far will it go? Then how long will recovery take?

In light of these conversations I want to put out my own analysis and hypothesis — but as with all things, it's your money, and this isn't financial advice.

In a nutshell... my hypothesis is that

Note: You can't be sure of any of the above.

About Me in Finance

I've written a lot on this blog about tech operations, coding, and motorcycles. So why should you listen to anything I say about the world of finance?

Firstly, don't listen to ANYONE about finance. Nearly everyone is trying to sell you something. I don't believe there's such thing as an "independent financial adviser".

Secondly, the following is opinion only. I'd take it with a grain of salt and just lob it in with every other bit of opinion there is out there, and form your own. Only invest what you can stomach going down by 50%.

But finally... I've been investing and trading since 2012, and have learned a thing or two along the way.

From 2012-14 I was the COO of Hong Kong-based private family office and asset management firm named Unity Asset Management, which managed a portfolio of $1B at its peak. In that time, while I wasn't making equity decisions and was just responsible for efficient back operations, I learned a lot about investment and trading from observation and conversations with many highly erudite individuals.

I've traded using a number of styles, including

The last two are the only strategies I still use. I buy cheap, then hold.

* BTFD = Buy The Fucking Dip. It's a trading term.

Firstly, let's address this question. How far down will the market go due to the coronavirus pandemic? Probably about 40-60%.

Why do I think this? History.

Let's look at a history of the Dow Jones since... forever.

The market crashes periodically. In 1929, it crashed dramatically, losing the lion's share of its value.

But it recovered. That recovery took a whopping 25 years — but it was an unprecedented crash, and it was early days for the market. Plus, a war happened.

The market has recovered from every single crash ever. And for the foreseeable future it will keep doing it.

People say: The market is over-valued. It's due for a correction.

This is true, but the thing is: it's always true.

People have been saying this since the market reached new all-time-highs in the mid 2010s. You only need to look at a number of ratios, including P/E or even adjusted P/E to conclude — yes, the market was massively overvalued due to prior periods and was ripe for a correction.

One of the community favourites is Shiller P/E. It's the same as P/E, but adjusted for market cycles. Here's an explanation of Shiller P/E on Investopedia.

But why P/E doesn't work, in a nutshell:

Looking at historical Shiller P/E, we're over the historical average of 17 right now:

This is why many investment experts say "timing the market" is impossible, and the wisest thing to do is just continually invest over a long period of time.

Do you know what investing for the long run but listening to market news everyday is like? It's like a man walking up a big hill with a yo-yo and keeping his eyes fixed on the yo-yo instead of the hill. - Alan Abelson, former editor of Barron's

"We continue to make more money when snoring than when active." - Warren Buffet, legendary investor

How long will the crash take to get to bottom? And how far will it go?

This is the killer question — just how far will the draw-down go during the coronavirus pandemic?

The thing is... all of those look bad, but they don't point to the effect on the market. The market is a weird animal and it behaves in a somewhat unpredictable way.

Reporters writing about daily stock price movements have no idea what causes stock prices and falls. They know what the context is, but there's no single causal effect.

One way of looking estimating the size of the current crash is to examine the largest crashes of the 80 or so past years — excluding the one leading to the Great Depression. It is possible it'd re-occur, but it hasn't in a while, and the world is more stable now, so odds are off (but — not totally off).

Examine the following chart of market crashes/corrections since the 1940s, in order from the size of correction (large to small)

Large corrections take a while to bottom out because of spiral effects — one thing leads to another. (And conversely, those chain effects lead to large corrections.)

So a chain of events that started in early 2007 with housing defaults and problems with sub-prime mortgages took over 18 months to culminate in the full extent of the crash.

How long will the recovery take? At least months... maybe years.

The important thing to realise is that it's stimulus packages that trigger recoveries. The Congress already approved a $2T stimulus package in March 2019. So are we on our way back already? It depends on what further flow-on effects happen over the next 3-12 months.

Looking at the above chart (and the analysis of other financial journalists), the market takes on average 300 days to reach a bear market, and over 600 days to recover.

There is no "rule". Generally, markets take a long time to crash, and even longer to recover. And both numbers generally get higher as the crash is more intense.

There's one important caveat: The current bear market took just 22 days to arrive. This was caused by central bankers and leaders realisng that the only way to contain COVID-19 is to depress the economy. This is the fastest bear market in history. The recovery may be swift as well.

Probably the most important take-away from this whole article is that you should not sell your stocks now.

Investors are very good at making losses when the pain becomes unbearable and missing the subsequent upswing. If you reduce exposure when the market is 30% below its peak, it's not a timely move. This is especially the case when the reason for the market's fall (a virus), and the path towards its recovery (containment and cures) are understood.

Will the market go to zero?

Economic collapses only occur because of corrupt governments that hold all power and just want to keep money for themselves. That won't happen in Europe. It probably won't happen in the US, or even in China.

So that said — the best advice is to start buying in, assuming the market will keep dropping but also assuming it might not. 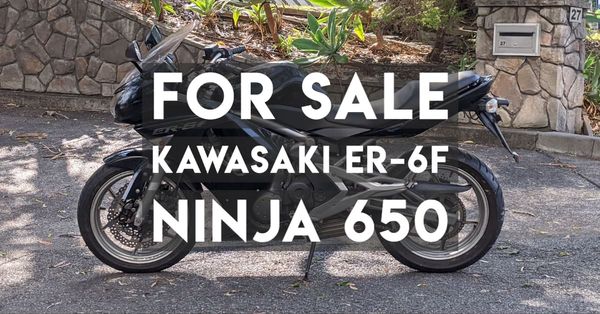 For Sale - My Kawasaki Ninja 650 ER-6F in Brisbane, Australia 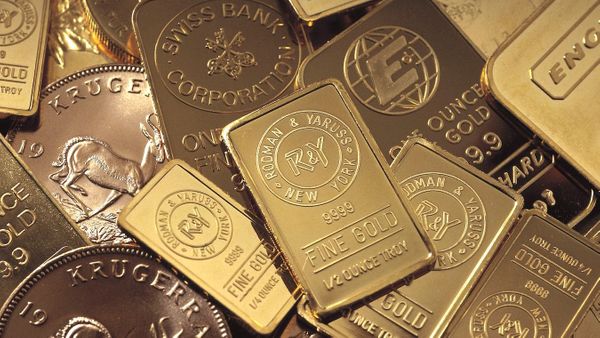 A simple 10-minute explanation of inflation and deflation — and what central banks do — without getting technical.