I'm publishing this document as notes to myself for everything I learned from Dane Maxwell and The Foundation. It was very formative in understanding myself, my journey, and what I can produce.

Dane Maxwell of The Foundation has a belief that building a business is not a matter of self-worth (which is a crippling set of emotions to overcome) or whether you're "born with it", but rather developing a set of skills. It's like building muscles, but for business and building income streams.

Note: A lot of the coursework in The Foundation actually starts with acknowledging and then working with crippling self-doubt. Many of us believe we don't "deserve" various things in life, and actively sabotage our lives. All of the practical skills come alongside that, or hopefully after it.

For example if you want to well in sports and athletics, you need to work on specific parts of being good at sports. You have to be strong, agile, powerful, flexible, and have high endurance. Once you have those things, learning any new sport is a lot easier.

Similar to this, The Foundation teaches that you need to build independent attributes to be able to build businesses in a repeatable way. These include pattern recognition, finding profitable ideas, selling ideas, creating products, and scaling and building sustainable marketing funnels.

For example, you might talk to ten family doctors and hear that they find it frustrating dealing with paper records for clients. So you think "aha! I will create a paperless customer record system for them."

But to get to that conclusion, you have to know that it's possible. For example you might have heard of paperless customer record systems for dentists, chiropractors, and real estate agents.

Otherwise the conclusion you might have come to was "Let's improve the paper-based customer record system!" or "Let's make them paper that's more fun to write on!" or some other less revolutionary (and perhaps ineffective) idea.

The way to improve pattern recognition, they say, is just to build your brain. Ingest as much content as you can about business people build, and internalise it.

The core of any business is "the idea". What is it you're going to solve for people?

Find a market that's in pain, and wants to solve it with cash

People often don't know what market to go after. But the guidance we're given is to go after any market we can think of — there's profit everywhere.

But if you have a little more freedom to roam, you can consider in particular markets that:

Start contacting them cold. Find where they are naturally, build trust and contact them.

For example, if they're real estate agents, they live in email. Get their emails and contact them. If they're builders, you'll need to call them on the phone.

If they exist mostly online, like bloggers, then you can email them or chat them. Just be aware that many of these entrepreneurs are already being harangued by many other entrepreneurs!

Understand patterns of pain in the target market

After speaking with many consumers, you'll start to hear patterns in things they do that are painful.

The patterns of pain are not always obvious. Each time I talk to people, I find myself listening for the obvious pain, like for example

A too-superficial approach might lead you down the path of thinking: oh, ok, maybe I'll a) make a better email app! b) automate your report! c) reduce your need for meetings!

But we're also warned to go after true pain. (See below, make sure it's true pain.)

Sometimes, as well, the pain is hiding beneath the surface. It might also not be an obvious enough pain until you show just how much improved life could be without that thing present.

For example, an obvious pain men face is pattern baldness, or erectile disfunction. This is why so many people are selling products in this space.

But a less obvious source of pain (that's still real pain) is the challenge of back pain. Nobody is actively thinking about back pain. But say the word "posture" to anyone and they'll likely sit up straight. Say a few more things about posture, back pain, and longevity, and you can sell a product that improves it all.

Find an idea you can sell

To find profitable ideas, we're taught to talk to people constantly. In The Foundation, this is known as idea extraction, or IE. IE is a process where you talk to someone about what's bedevilling them until they just give up the answer themselves.

The process goes something like asking questions such as:

The aim is to provide them with the magic want solution. If it's ridiculous, like for example "I just want more money", you need to dig deeper. What would that money provide? Why do you need it? How much more?

The ideal value for the product you can sell people is something where you can get it built for about 1/10 of the price.

For example, if someone is losing $2,000 a year to something — lousy accountants, overpaying on gas, whatever — then if you sell them a $200 product that's guaranteed to save them that money, it's a relatively easy decision. You might even start at $50, just for your first customers.

Make sure it's a real problem people face

Making sure it's a profitable idea involves making sure it is a real problem that's life or death.

There's an example, often cited, of a guy with a leaky shower head. It has been leaking for months. He always complains about it. You might suspect from the constant complaints that there's a business idea here. "I should fix people's shower heads! They hate them!" But on digging deeper as to why the person never fixed the shower head, the answer is: "I'll get around to it later."

This kills the idea for the business. It's not pressing enough, not life-or-death.

Find problems like selling insulin to a diabetic, Dane often says. Sell someone a solution to their back pain. A problem they're so desperate to resolve they'd pay anything to make it go away — like a flooded room in their house, or a tax bill.

Understand how much you don't know

There's a maxim we learn in TF, and that's that if we're surprised that another business is making a bunch of cash, then we've exposed our own ignorance. We have a lot to learn.

Something I did to try to resolve this was spending ages on IndieHackers, learning how and why businesses succeed.

Avoid ideas that involve changing the way people do things

There's a temptation to build a software product for everything. But there's huge switching costs in adopting a new solution, which is why you should avoid building anything that asks people to change their behaviour fundamentally.

If someone is doing something annoying in Google Sheets every day, it doesn't mean they'll be happy to do the same thing in your new app unless

Selling ideas, pre-sale or other

In The Foundation, we became obsessed about making sure ideas were valid by selling them.

The wrong way to start a business is to have an idea and immediately start building it. The only way this is a good idea is if you're your own first customer, and you know a dozen people like you already (i.e. it's your industry, and you're already an expert).

Be obsessed about getting your first few customers and getting them results. Then the results, weaved as a story with offers who are similar, to sell more.

Copywriting is incredibly core to the Foundation. We're taught to constantly look at sales letters and ads and copy them.

Copywriting is about appealing to desires. You use copywriting to hire developers and experts, to communicate with customers, and to use the “blood” of copywriting, which is to appeal to the desire, to guide you.

A practise we're taught is to

For example, take the classic "Coat of arms" sales letter.

Did you know that your family name was recorded with a coat-of-arms in ancient heraldic archives more than seven centuries ago?

My husband and I discovered this while doing some research for some friends of ours who have the same lastname as you do. We've had an artist recreate the coat-of-arms exactly as described in the ancient records. This drawing, along with other information about the name, has been printed up into an attractive one-page report.

You break this letter down into several components:

It goes on, in that letter, obviously, the writer is going to ask for payment in exchange for the one-page report.

Say you're repurposing this to sell email marketing software for gyms.

I thought you might be interested to know that we've listed your gym as one of the best new up-and-coming gyms to visit this year! (link)

I found your gym while doing research for my wife. She was after a friendly and clean gym, and yours seemed perfect. After I had done all my research, I figured I may as well share it with others in a blog post.

Now you can ask for payment in exchange for a featured recommendation.

This is the very beginning of copywriting. The core of it is to be able to sit in the recipient's shoes and speak to them in their language.

If you're lucky enough to find a business that merits a product, congratulations!

The core of product creation is to do the absolute minimum to build the product. Outsource absolutely everything. And build for your first customer(s) who have sponsored the entire build.

The way you build your first product is:

As much as possible, get first customers to fund the first build. It might be one customer who gets it free for life for a large up-front payment.

Finally, when you have built your product and it's serving your customers, it's time to start scaling and building marketing funnels.

This content is the lightest touch in the guides we went through, mostly because a lot of members of The Foundation are quite a long way off from here.

But it uses similar principles to phases earlier in the course. The idea is to have marketing funnels that are completely non-touch, and managed by other people.

Dane would often get a product built and serving his first customers, and then almost immediately hire a growth officer, heavily incentivised to build the business. The rationale behind this was that he had zero time to build the business, so zero times whatever potential would be meaningless.

But if he hired a CEO who was incentivised with 25% of sales (that the business was already making), then that CEO could grow the business a lot futher. 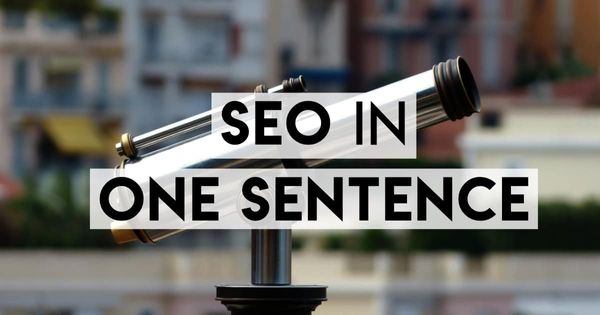 I often get asked to explain SEO. This is SEO explained simply, in just one, easy sentence. 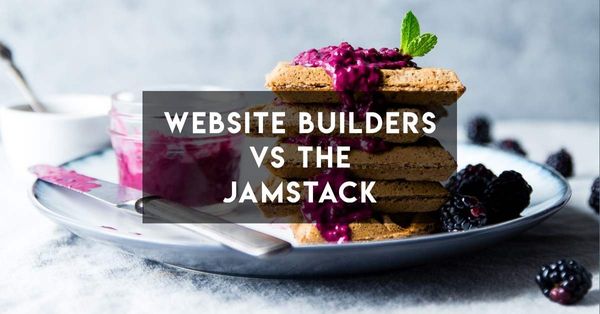 The JAMStack is the latest technology for building fast, scalable, and easy to manage websites. This is the JAMStack explained for people used to using a regular website builder