A note if you're receiving this by email: I JUST started sending emails to my humble email list. I write about tech operations, motorcycles, and the intersection of technology and transport. If you don't want to be on the list, please unsubscribe (maybe after the pretty pictures below...).

These are motorcycles that not only look the best, but perform well. These days, there aren't really any "bad" motorcycles. But these ones tick all the boxes.

People ride motorcycles for many reasons. Some for the ride, some for speed, some for the vibrations under the seat of the pants, and some for the adventures they bring. But for me, a lot of the pleasure is aesthetic: the sound, the image. I like to look at a motorcycle and for my heart to start racing.

These are the motorcycles that get my heart racing. (Something missing? Let me know.)

The Suzuki Katana is a retro homage to a classic 1980s design: the 1981 Suzuki GSX1100S Katana. But obviously as time has passed a LOT has changed.

The 2020 Suzuki Katana has a 999cc four-cylinder engine pushing 148 hp (110 kW), with traction control, ride modes, and ABS, making it an easy motorcycle to ride.

I'm impressed with how much of the 80's vibe the modern Katana has kept while totally upgrading the look and engine at the same time. They've made some important improvements, including a more aggressive angled seat and a cleaner tail section. I like it a lot!

The Ténéré 700 has been eagerly awaited ever since Yamaha started teasing it in 2016 as the T7 concept at EICMA.

For many people, The Ténéré 700 represents the ultimate balance between fast, lightweight, and off-road capable, something you can use both on the highway and once you decide to leave it.

It packs the 689cc motor from the full-powered Yamaha MT-07, which produces some 55 kW of power (75 hp) with its 270-degree crank, making a burbling sound reminiscent of the V-twin. The "CP2" engine is a highly-praised engine for its power delivery, character, and sound. Yamaha also claims it is the most reliable engine available.

But it's the looks of the Ténéré 700 that put it on this list. It looks angrier than any other off-road-ready motorcycle on the market, mostly because of its smaller size. The only comparison I would accept is the larger Honda Africa Twin (below).

Surprising to many in the US who never had the smaller Ténéré 660Z, it was already a really good-looking dual sport machine.

The Triumph Rocket has always been a particularly striking motorcycle, and the limited-edition TFC version (with only 750 produced) is even more so, with its 200 cc larger engine (as if you needed more), Arrow silencers and carbon fiber details.

In base form, the Triumph Rocket III is a 2,300cc three-cylinder motorcycle that weighs over 350kg (nearly 800 lbs) that produces what i think is the most torque out of any motorcycle I've ever seen a spec sheet for — 225 Nm (165 ft-lbs)!

Unlike its most direct competitor, the Ducati X-Diavel, the Rocket isn't really a machine to go around corners at speed. The Rocket drags footboards easily, per friends who have taken them for test drives. But if you want to in a straight line on the biggest motorcycle engine (on one of the best-looking motorcycles) in the world, this is the machine for you.

Any list of beautiful motorcycles will have a Ducati in it — if not several.

One of the stars of the 2020 line-up is the the Ducati Streetfighter V4, the naked incarnation of their Panigale V4. This motorcycle actually won a vote at EICMA for the "Most Beautiful Motorcycle", so it's not just this journalist's arbitrary opinion.

Aside from being a looker, the Streetfighter V4 is also just a bonkers motorcycle. It's the Panigale V4 without the fairings, but still with its 1,100cc engine making 156 kw  (210hp) in a sub-200kg (439 kb) chassis. It comes with the usual suite of Ducati rider aids to make sure you get the power to the ground without dying too quickly.

The 2020 lineup from Indian is amazing, but nothing really gets my attention like the simple awesomeness of the Indian Scout Bobber — especially blacked out like this one.

The most wonderful thing about Indian, I think, is the exhaust burble in totally stock form. I've heard a lot of stock motorcycles that sound good, and without brand or style prejudice, Indian is the one that always makes me double take.

The Scout engine is itself pretty special. It makes 74kW (100 hp) from its 1133cc 60-degree v-twin engine, which is liquid-cooled and has a dual overhead cam. The engine has a very  different to other cruisers. Peak torque comes at 6K rpm and the redline is north of 8k. All these figures are higher than a Triumph Scrambler!

A V-Strom?? In a list of beautiful motorcycles? Yep, I'm doing it.

The V-Strom was always an acquired taste. It's an incredible motorcycle to own, either in 650 or 1000cc variants. People praised them for function over form, or "functional design". They sound great (and feel great under the seat of the pants), too, even with a stock exhaust!

But the 2020 version of the V-Strom is actually cool to look at. It echoes the 80s, as well as Suzuki's smaller DR line, complete with Big Bird yellow. It looks a lot like the DR200 I learned to ride on!

Furthermore, Suzuki is updating the 1000cc version of the V-Strom to 1050 and bringing it in line with its competition from Honda's Africa Twin. You'll get a bit of a horsepower bump, but that's also to compensate for a heavier exhaust system that is compliant with EURO-5 emissions standards.

Other major improvements include electronics, including a 3-axis IMU, otherwise known as lean angle-sensitive ABS, or cornering ABS.

The Africa Twin is one of the coolest motorcycles out there now — and not just because it's called "Africa" (something that will always sing to me).

It came out in 2016 in its current incarnation, a re-release of the original Africa Twin, a v-twin powered mixed-use motorcycle that was way ahead of its time.

The Africa Twin in 650 and 750cc formats was one of the original adventure motorcycles — way before the current adventure craze. The XRV750 Africa Twin was based on the NXR-750, which won the Paris-Dakar rally four times in the late 80s.

But things have changed a lot since then. While the original XRV650 and 750 were powered by v-twins, fed by carburettors, and made 50hp or less, the newer CRF1100 uses a 1,084 cc parallel twin (but with a 270-degree crank, for epic sound/power delivery benefits) producing over a hundred horsepower.

Many reviewers of the Africa Twin (from the 1000cc models) say that the Honda is better at off-roading than its heavier and more powerful competitors from BMW and KTM.

Something else that differentiates the Africa Twin is the optional DCT — which basically means automatic transmission. Naysayers throw up their hands, but here are arguments for DCT that all come from much more experienced riders than me:

Personally, I'm a fan. Nobody I know cares how I shift a motorcycle. I also wouldn't care what they think anyway.

I've also always loved the parallel-twin 270-degree configuration, like on my Triumph Scrambler. It sounds great and there's only one head to open when it's time to do valve adjustments, which tend to sneak up on you.

I'll probably get one of these to ride around Arnhem Land. In matt black, thanks.

KTM broke out of its "big single" format with the 790 a couple of years ago.

Until then, their middleweight naked was a 690cc thumper in a more road-going chassis than their enduro models.

But the 790 gave them a parallel twin, and the 890 is another extension.

The 890 Duke has an 890cc* parallel twin engine (with a 270-degree crank, for added drool-worthy sound and possibly torque delivery enhancement) that produces 99 Nm (73 lb-ft) and 89 kW (120 hp) of power. It comes with a full electronics package — traction control, stability control, lean angle-sensitive braking, and an optional quick-shifter.

The KTM 890 Duke also comes with that dead-sexy single-sided swing-arm, something not seen on the 790, and usually only seen on KTMs higher-spec motorcycles like the SuperDuke.

* You may sarcastically think "wow, thanks for the info about the capacity, because it wasn't obvious", but Europeans have this weird tendency to only vaguely correspond numbering with engine size. Some models of Ducati 916 have a 955 or 996cc engine, for example. Drives me crazy.

You can't have a list of great-looking motorcycles without a Harley-Davidson. And one of the best-looking they have is the BREAKOUT. (That word just deserved all-caps, italics, and bold-face!)

But none of that is true of the brand overall.

You don't have to have a loud exhaust or be an angry rider.

Further, Harley Davidson motorcycles don't perform like sportbikes, but they still lean more than most people ever will in city driving, and produce torque down low where most (not all) riders spend most of their time.

Finally, modern Harleys aren't any more unreliable than other major non-Japanese brands including Ducati or BMW — whether you get a lemon is just luck of the draw. But don't let recency or confirmation bias mislead your inner statistical engine.

The Breakout is still heavy as hell though. Even though the 2020 model is 17kg lighter than the previous, at 305kg wet, you really have to haul the things around corners. Slow-speed manoeuvring is also tough. And when cornering, don't go too hard — the maximum lean angle is only 27 degrees.

Still, it looks mean as anything.

This isn't because they don't produce some amazing motorcycles. I'd give a right foot for any one of them (because I can still ride without a right foot...)

But those brands haven't produced anything strikingly different in the last few years.

Kawasaki has an awesome ZX-25R, a 45 hp-producing 249cc four-cylinder rocket that revs past 17,000 rpm. It's a motorcycle that's definitely on my wish-list. But it looks the same as their other motorcycles like the ZX-6R 636 — probably intentionally.

Moto Guzzi's design language has been the same for so long that it doesn't deserve a special mention. Yes, they're doing it right, but nothing is new.

BMW (which was on my list of the best-looking motorcycles of 2019) hasn't yet released its R18 1800cc opposing twin cruiser. It's still a concept. I'm waiting, though.

Finally, Royal Enfield did some minor aesthetic upgrades on the Himalayan and its other models. They're just keeping up with the Joneses though. The RE motorcycles are outstanding value for money, but not independently drool-worthy. 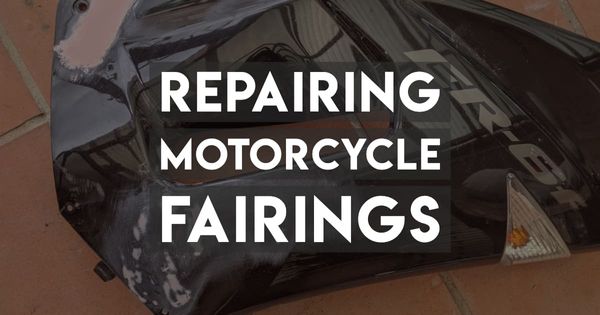 How to weld together motorcycle fairings cheaply using a soldering iron and cable ties. 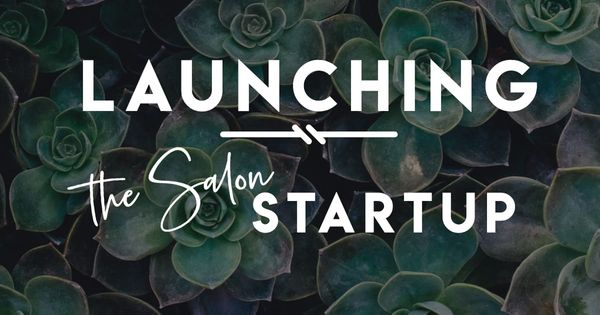